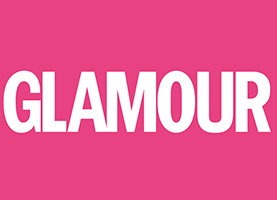 Glamour Magazine  showed one side of the end-of-life issue this holiday season, but unless you looked closely, you probably would’ve missed it. Within Glamour’s Annual “31 Ways to Give Back This Holiday Season” you’ll find inspiring ideas like “Help all girls get an education!  Bring hope to a refugee! House a Veteran!  Help domestic violence victims!” But read the fine print and you’ll find nestled in the list on Friday, December 5, is the suggestion to “Support Someone’s Dying Wish: $20 to compassionandchoices.org can help terminally ill patients.”

Wait a second. When did encouraging assisted suicide become an honorable way to give back?

First off, don’t get me wrong, this list is a wonderful idea; I’m so impressed that Glamour continues to include such an honorable list in their magazine annually—that is truly something that others should emulate. However, what is disheartening is that on one of the days in this year’s well-meaning article, millennial women may be persuaded to encourage their fellow females to end their lives. Just like the wording on this website that Brittany Maynard was a spokesperson for, Glamour continued to use watered-down words to paint Physician-Assisted Suicide as a “Compassionate Choice.”

If we truly cared about the lives of women who’ve been told their disease is ‘incurable,’ we would encourage them to fight, not to flee. Encouraging suicide is not only a contradiction, but almost a slap in the face to female survivors who have both suffered through and beaten diseases against all odds. Women have become absolute warriors when it comes to facing breast cancer head on—women like Andrea Nugent, a breast cancer survivor, who in an interview said that she wishes women knew that “breast cancer is not a death sentence … never give up!” Her faith in God and the support from others helped her survive breast cancer, and she has a new zest for life and is giving back to others as a result.

Another example hits a lot closer to home. My cousin, Grace (a fitting name), is ten years old and was diagnosed with leukemia last year. The harsh chemotherapy treatments have caused her to lose a lot of things—including her hair. One thing chemotherapy hasn’t taken though is her hope. Actually, I’d argue that she’s gained a multitude of positive effects as a result. She is an absolute gem, and I believe a better, more mature young lady as a product of this extremely painful trial. I can’t imagine life without her sweet self; if she had simply thrown in the towel after her diagnosis, watching her give up would have been absolutely devastating.

I’ve learned a lot from Grace as I’ve observed her as she not only lost her health, but also some of the outward traits that are important to girls. It’s in losing these coverings that you find out what makes young women stunning. I believe she’s more gorgeous now than ever before. I don’t mean that in a cheesy way; I’m serious. Her selfless, thankful attitude is so unlike many girls her age. With less outer distractions, it’s clear to see that her attractiveness and value lies solely in how she continues to love other people when she doesn’t feel well or her positivity when most people would be angry. Some of the most beautiful women in the world (according to the world’s standards) are some of the most unattractive women when it comes to respecting God, themselves, and others.

To my cousin, every second is a gift that she realizes none of us deserves in the first place. Grace’s life was God’s from the beginning; if each of us were to live with that mindset, our lives would look a lot different—in sickness and in health.

I don’t pretend that I know how hard it has been for her, but I do know that Grace has inspired me with her resilience and confidence in the midst of suffering. It is amazing how a young girl trusts her Creator to make the final decisions in her life, and in the meantime, she’ll do everything in her power to fight. My cousin was NEVER encouraged to have a dying wish; she was only encouraged to make a wish for when God healed her and she was done with treatments. In October, we’re looking forward to her being cancer-free, and she’ll celebrate her hard-fought battle in Hawaii thanks to organizations like the Make-A-Wish Foundation of America.

I wish that I could say the same for sweet girls like Brittany Maynard who were convinced by thousands of people that dying was a better option than living.

Glamour, I applaud your kindhearted intentions in including a 31-day calendar of ways to give back. However, as a magazine that reaches multitudes of young women, I beg you to use that stage wisely. Impressionable, giving, well-meaning young women like my cousin may one day flip through your magazine and be influenced to ‘support’ other women under the facade of compassion. If you’re going to include the end-of-life issue in your magazine, the least you can do is be transparent with women about what exactly their ‘signature of support’ represents.