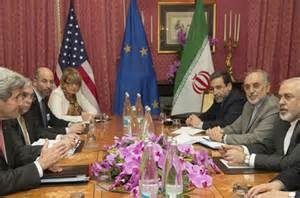 I know a bad deal when I see one. In college, one of my guy friends knew how to work the system. Due to his ridiculous ability to talk his way into a good deal, his room had more technology than Best Buy. Mind you, our dorm rooms were slightly larger than a closet, and while I would literally roll my clothes to fit them into that tiny space, he somehow managed to fit two fluffy reclining chairs and a huge flat screen TV. Impressive.

Before our sophomore year, my friend told me that he needed a fridge and that he would trade me a TV for my fridge. I thought I was getting a sweet deal. When my dad and I arrived on campus to make the trade, instead of a new shiny flat screen, my friend showed up with something straight out of the Stone Age. You know what I am talking about, the kind of TV where the back is 10 times the size of the actual screen. Weighing in at about 200 lbs., it took at least two guys to carry this thing. The TV wouldn’t even fit in my room, so I had to send it back home with my parents. My dad was not happy. Needless to say, I know a thing or two about bad deals, and that day I made a terrible deal. My lack of concern for the details not only affected me, but it had repercussions for others.

In some small sense, this story is similar to President Obama’s recent nuclear deal with the Islamic Republic of Iran in that Iran will make out like a bandit while the international community faces the hard consequences of the negotiation. In my story, I made a deal with a friend, and we can laugh about it now. What is not laughable is the fact that the administration seems to forget that the Iranian regime is the furthest thing from a comrade to the U.S., and Iran got exactly what it wanted out of the deal. In an effort to appease an enemy, the administration has allowed for a deal which is both dangerous and highly illogical. Below is a rundown of just a few of the reasons why Congress must support a resolution of disapproval for this terrible deal.

Read the rest of this article: http://www.christianpost.com/news/dangerous-dealings-with-iran-142118/