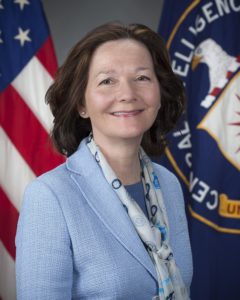 From Capitol Hill –The confirmation of Gina Haspel to be Director of the CIA headlined the news as the Senate Intelligence Committee held hearings on her nomination.   Haspel, a career intelligence officer and current CIA Deputy Director is a strong, intelligent woman of integrity with unparalleled qualifications to serve as our nation’s next CIA director.   A committee vote on her confirmation is expected next week.

Haspel would be the first woman to serve as CIA Director, and the only Director to be promoted through the ranks to serve in the top job.  She would replace Mike Pompeo, who now serves our nation with distinction as US Secretary of State.

CWA is actively supporting Haspel’s nomination, citing her impeccable credentials over a 30+ year career in the CIA and notable support among her peers in the intelligence community and top officials from Republican and Democratic administrations.  She has proven her worth, received numerous awards and recognitions for her work and earned this promotion.

Critics of Trump nominees are seeking to derail her nomination by questioning the nature of counterterrorism activities in response to the coordinated terrorist attacks of September 11, 2001.   We must never forget the terror inflicted on our nation on 9/11 when nearly 3,000 lives were lost and our sense of security forever compromised.    CWA will continue to stand with Gina Haspel and work for her confirmation in the US Senate.