Concerned Women for America (CWA) of Virginia joined the Protect Isabella Coalition and other conservatives, who traveled from as far away as Suffolk, Harrisonburg, and Roanoke, and as near as Bedford and Lynchburg, at the Bedford County Courthouse on February 17, to support Lisa Miller and her daughter, Isabella, in prayer.

While we were disappointed not to be allowed in the courtroom – the judge had honored an ACLU request to deny access to the public- it was a privilege to join Pastor Wiley Drake of Buena Park, California, and others across the country on the Telephonic Prayer Line to pray during the court proceedings.

Mat Staver, chief attorney for Liberty Counsel, briefed our group before and after the hearing. The opposition wanted the Virginia court to find Lisa in contempt of court for failing to follow a Vermont court’s order to relinquish custody of her daughter, Isabella, to Janet Jenkins, who was Lisa’s homosexual companion before Lisa’s conversion to Christianity. It should be noted that Miss Jenkins is a Vermont resident who has no biological ties to Isabella and has never sought to adopt her, but has been awarded full custody by a Vermont court merely on the basis of Lisa and Miss Jenkins’ brief “civil union.”

Judge Harrison did not issue an order for Lisa’s arrest, because she cannot be found for papers to be served. The judge also denied Janet Jenkins the opportunity to testify by phone, because there was no one present in Vermont to swear her in as a witness.

The next hearing on this case is tentatively scheduled for May 19, 2010. Please continue to pray for the three judges of the Appellate Court of Virginia; pray that their decision will put up a firewall between the laws of Vermont and Virginia to protect Isabella and allow Lisa to return to her home state. 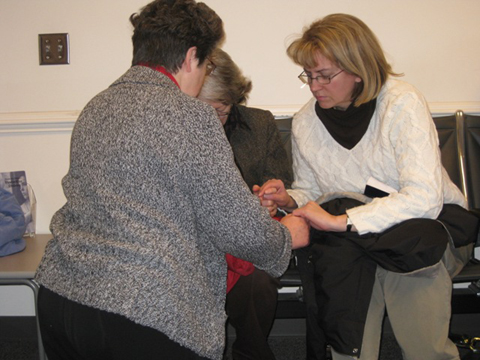