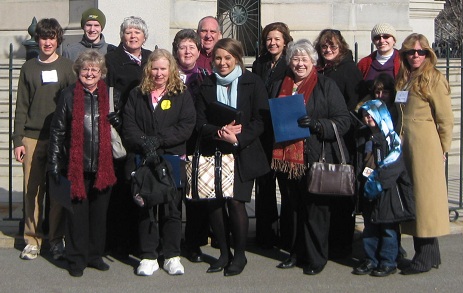 What a glorious day Monday, January 16, 2012, was. The weather was a little warmer than most trips to Richmond to visit our General Assembly. Twelve Concerned Women for America of Virginia (CWA) members and leaders from the Lynchburg area gathered and traveled to Richmond where we met up with several other CWA members. We were in Richmond to attend The Family Foundation (TFF) Lobby Day.

The day began at The Family Foundation’s offices for speeches by several of our pro-life assembly members: Sen. Steve Martin, Sen. Mark Obenshain and Del. Ben Cline. Sen. Martin has been appointed Chairman of the Senate’s Education and Health Committee (Ed & Health) where we now have six very pro-life senators. We are very excited about the prospect of having fair hearings on our pro-life bills in that committee.

Pro-life bills that we will be following in this session are: Abortion, Consent including ultrasound bill sponsored by Del. Kathy Byron and Pain-Capable Unborn Child Protection Act sponsored by Sen. Mark Obenshain and Del. Richard Anderson. Both of these bills would aid in our fight for life.

The ultrasound bill would require an ultrasound be given before an abortion. The woman or teen would not be forced to view the ultrasound, but it will be made available for her to see that what she is carrying is a real live human being with a heartbeat. It would also allow the abortionist to insure that he or she is within the timeframe allowed for performing the abortion.

We have been trying for years to get the fetal pain bill through the General Assembly, only to have it die in the Education & Health committee. Scientists have told us that a fetus (a baby) can feel pain after 20 weeks gestation, and this bill would require the abortionist to give the baby an anesthetic prior to the abortion. 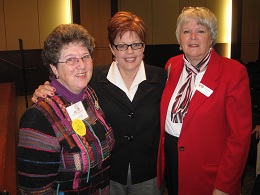 The keynote speaker at the briefing was Jill Stanek who had been a labor and delivery nurse at Christ Hospital in Oak Lawn, Illinois, near Chicago. She had a very powerful message for the group; she spoke with passion and conviction. She related how during her time at the hospital she had watched aborted babies who had been born alive die even to the point of holding and rocking them until they died. She has testified before Congress about this practice and has even confronted President Obama about this abominable practice.

After some instructions from Victoria Cobb, President of TFF, we had lunch and then proceeded to the General Assembly building to visit several of our delegates and senators. CWA was a presence in the capitol that day as we met and prayed with Dels. Kathy Byron and Scott Garrett and Sen. Ralph Smith. 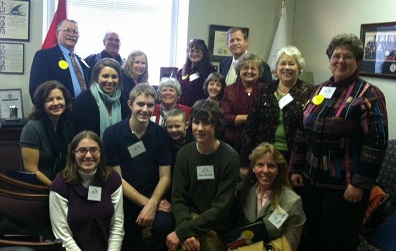 It is good to take the time out of our busy lives to encourage our representatives in Richmond. Join us in Richmond on February 6 for CWA’s Encourage-A-Legislator day and February 20 to lobby. If you have not lobbied with us, I would implore you to make the effort to do so this session. You will not regret it!