“Freedom is never more than one generation away from extinction. We didn’t pass it on to our children in the bloodstream. It must be fought for, protected, and handed on for them to do the same, or one day we will spend our sunset years telling our children and our children’s children what it was once like in the United States where men were free.”
–Ronald Reagan. 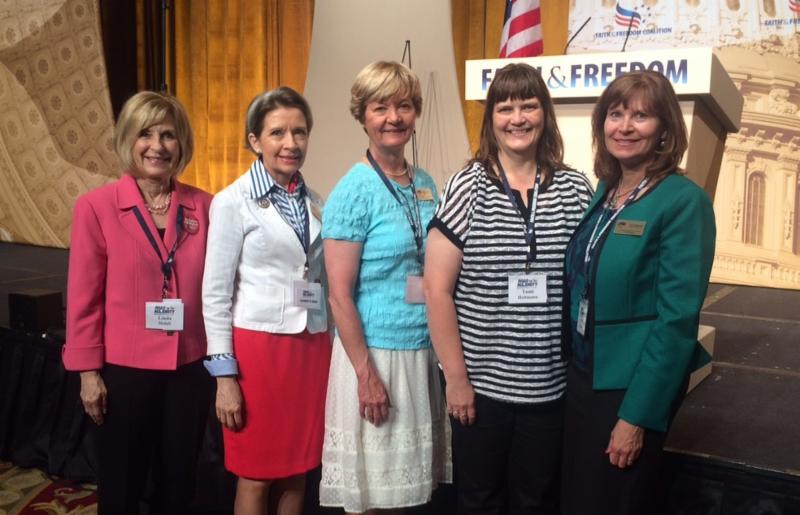 Last week, five CWA state leaders from South Dakota attended the Road to Majority Conference in Washington, D.C. where CWA joined the Faith and Freedom Coalition in sponsoring the event.

The conference began with a legislative luncheon where we heard from Sen. Marco Rubio, Sen. Rand Paul and Sen. Ted Cruz followed by lobbying activity at the Capitol. We visited the offices of Sens. Thune (R-SD) and Rounds (R-SD) as well as Rep. Noem (R-SD), providing information on the Pain-Capable Unborn Child Protection Act, First Amendment Defense Act, and the Iran Nuclear Deal. We are pleased that Rep. Noem voted for the Pain-Capable legislation and also spoke in support of it on the House floor. Sens. Thune and Rounds are both co-sponsors of this good pro-life legislation.

Many of the presidential candidates spoke at the conference, and we have provided below a one-liner that reflects a quote from each speech. Numerous other pundits, media personalities, clergy, issue-oriented individuals graced the podium throughout the conference. Special breakout sessions included Protecting Educational Freedom, Pro-life panel, Protecting Religious Freedom and many others.

With so many presidential candidates speaking at the conference, a plethora of media was present to capture the event. I was interviewed by the Arkansas Gazette regarding my reaction to the candidates, and I was quoted here. This is my personal response and does not imply an endorsement by CWA.