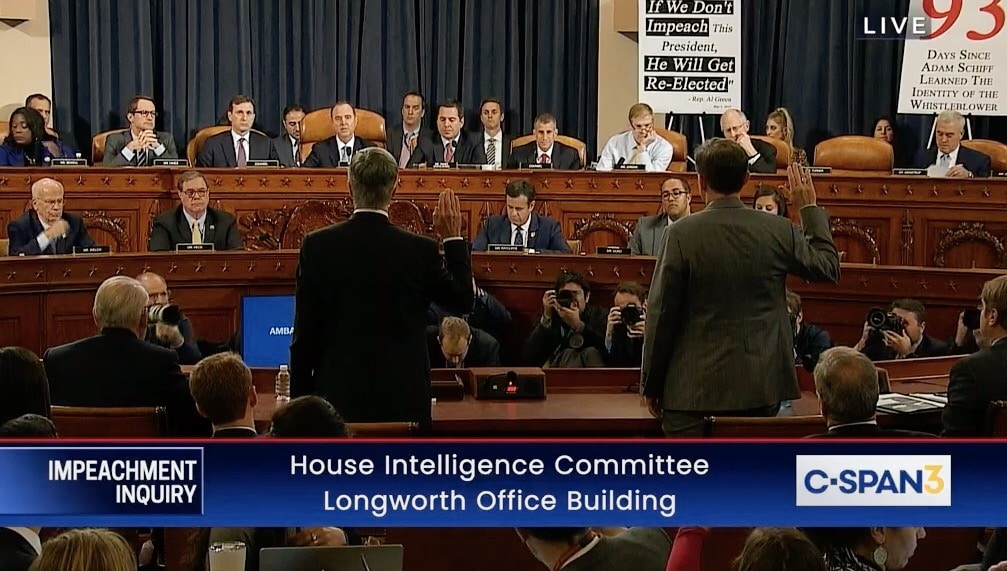 In case you’ve missed it, this week, the U.S. House of Representatives started public hearings in their impeachment inquiry into President Trump. If you have watched any of the impeachment proceedings, you have seen hostile partisan politics. The Democrats on the House Intelligence Committee carefully curated a list of people and conducted a closed-door selection process of witnesses. They passed a partisan impeachment resolution and have denied Republican witness requests, namely the whistleblower and Hunter Biden. The Committee televised the first public hearing on Wednesday, November 13, on the Democrat’s claim that President Trump pressured Ukraine to investigate the 2016 election by withholding aid. These impeachment proceedings are nothing like we have seen before, so we wanted to give you a who, what, when, and how to pray guide:

How to Pray: Pray for truth and justice to prevail and for unity in our nation.
Pray for wisdom and conviction for all leaders.
Pray for President Trump and his advisors.
Pray for House Intelligence Committee Leaders, Members, and staff – Republican and Democrat
Pray for the witnesses who will be testifying
Pray for the media to be accurate and truthful in their reporting, to not perpetuate a false narrative.

CWA resources:
Our General Counsel, Mario Diaz, Esq – The Impeachment’s Partisan Stench
CWA’s “Use Your Voice” Podcast launching next week will focus on Impeachment.
Join us Live Tweeting during each hearing over the next week on our Twitter.
Check our Social Media platforms for daily updates- Facebook and Instagram.
www.concernedwomen.org