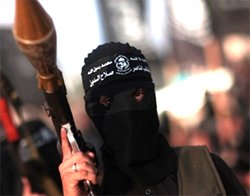 The recent framework announcement made in Lausanne, Switzerland, is alarming. It hinges on the notion that Iran can be trusted to keep their word. This is a regime that funds terrorism, currently has an American pastor imprisoned for his faith, and treats its women as second-class citizens. Iran has not earned the ability to be taken at their word by the U.S. or the international community.

The weak details that have been unveiled regarding this potential deal to stop Iran from obtaining a nuclear weapon were echoed last Tuesday when Henry Kissinger and George P. Shultz published an article in the Wall Street Journal. Their powerful piece stated that the framework announcement made would inevitably gain Iran nuclear capability.

“[T]he whole problem comes now that the details should be discussed, because the other side is stubborn, difficult to deal with, breaks promises and is a backstabber.”

What was made clear last week, if it wasn’t already, is that congressional approval is needed. The Pew Research Center found that 62 percent of respondents believe that Congress should have final authority in approving any agreement made between the U.S. and Iran.

This framework would be detrimental to the U.S., our ally Israel, and the rest of the Middle East.  In any new plan, there are two components that are essential to watch for and question:

On both accounts, Iran has answered by demanding the immediate lifting of all sanctions and firmly asserting that it will give limited or no access to the international community to inspect its nuclear facilities. Both of these answers are unacceptable. The majority of the current economic sanctions were implemented by Congress and brought Iran to the negotiation table. This again emphasizes the need for congressional approval on any final deal with Iran.