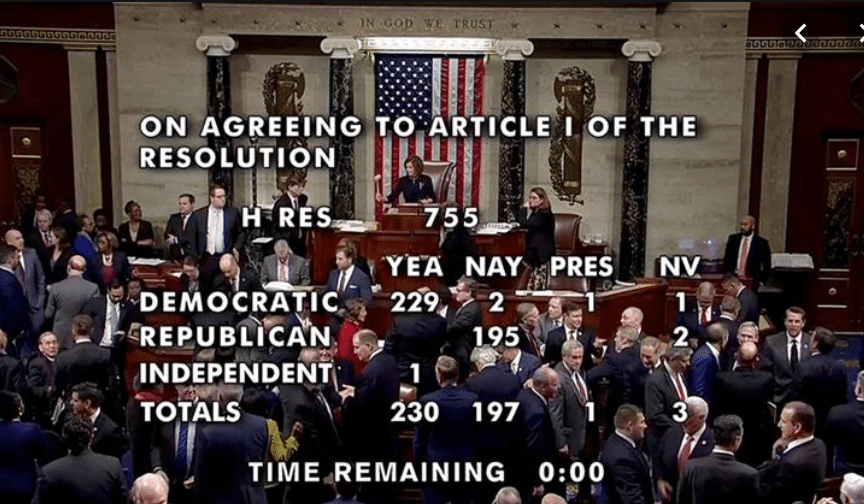 Washington, D.C.— The U.S. House of Representatives has voted to pass articles of impeachment against President Donald J. Trump. Penny Nance, CEO and President of Concerned Women for America (CWA), the largest public policy organization for women in the nation, had this to say:

“CWA women from around the country are praying for our nation and for those who voted to impeach President Trump. Our members know it must be incredibly hard and frustrating for these representatives to see a president they despise so much succeed in such historic ways.

Liberals have tried everything to bring President Trump down, and yet he continues to deliver for the American people. Our country is thriving under a strong economy with historic low unemployment rates. The president has delivered on life, religious liberty, support for families, prison reform, support for Israel, and, our favorite, the appointment of constitutional judges, among so many other accomplishments.

Meanwhile, the impeachment machine opposing him has been reduced to a sad display of the most venomous and disingenuous political theater, as we saw in the House vote today. This maliciously partisan impeachment process is the perfect example of everything that is wrong in our politics. It has been a travesty of justice, and it will forever be a stain on the record of the members who turned a blind eye to truth for political gain.

But their efforts will not succeed. The constitutional checks and balances set up by our Founding Fathers were put in place to prevent just this type of abuse of power and perversion of justice. Bipartisan opposition standing for truth should be commended. History will remember kindly their heroic efforts to preserve our constitutional standards.”