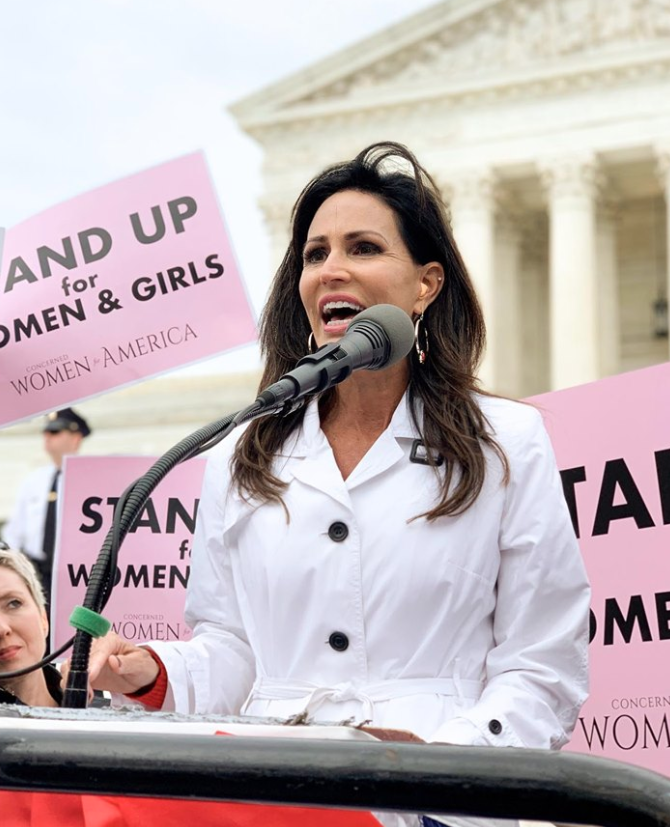 Washington, D.C. – The conservative public policy women’s organization, Concerned Women for America (CWA) is partnering with the self-proclaimed radical feminists’ organization, Women’s Liberation Front (WoLF) to Stand Up and Speak Out against injustice for women and girls. These two groups represent hundreds of thousands of women across the country who will be victimized if the Supreme Court redefines the word “sex” to include “gender identity” in R.G. & G.R. Harris Funeral Homes Inc. v. Equal Employment Opportunity Commission.

“To arbitrarily change the word ‘sex’ to include gender identity is regressive, not progressive,” said Penny Nance, CEO and President of CWA. “It would greatly undermine the women’s movement and the women who dedicated their lives to see the advancements we enjoy today,” she continued. “It’ll be a rough day for freedom of speech and conscience if the Supreme Court rules that we can all be compelled to lie about sex,” added Natasha Chart, Board Chair of the Women’s Liberation Front.

Together, CWA and WoLF are hosting a rally on the steps of the Supreme Court to highlight speakers who will share story after story of how they are the true victims of the determined political activism over “gender identity.” Examples include women athletes who can no longer compete in their sports, women who have been assaulted in formerly safe places that excluded males, scientists who have been fired for presenting factual science publicly, and former transgender individuals who have now detransitioned. The rally will be held, Tuesday, October 8, 2019, from 9:00 a.m. to 12:30 p.m. ET at the Supreme Court of the United States located at 1 First Street NE, Washington, DC 20543.