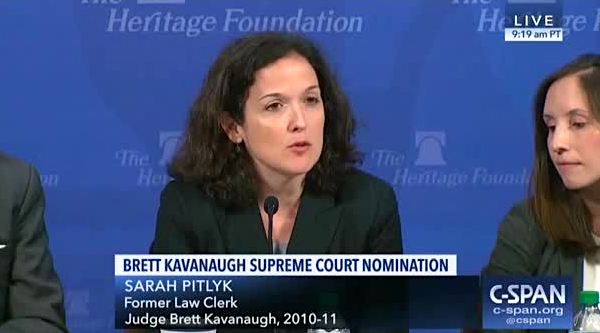 Update: Good news! Sarah Pitlyk was confirmed (49-44) to be a U.S. District Judge for the Eastern District of Missouri. Please join us in prayer for Judge Pitlyk as she takes on this solemn task.

Concerned Women for America Legislative Action Committee (CWALAC) sent the following letter to U.S. Senators urging the confirmation of Sarah Pitlyk to be a judge at the Eastern District of Missouri. Pitlyk has been attacked by the left merely for being pro-life.

Convert your PDF to digital flipbook ↗

“[Pitlyk] show[s] a full understanding of the judicial restraint that is paramount in the role of a judge. Although some have tried to apply unconstitutional litmus tests based on their favorite policies, Pitlyk was clear that ‘[i]t is never appropriate for lower court judges to depart from controlling Supreme Court precedent.’

“That is the type of judge the American people deserve – one who abides by the law instead of personal preference. We urge you to support her swift confirmation.”