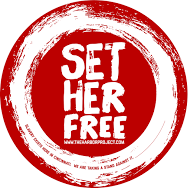 The City of Cincinnati, Ohio is famous for its German heritage but mostly, it’s famous for its food—Skyline Chili, Graeters Ice Cream, and the interesting meat creation that is “goetta”. It’s also the birthplace of former President Taft, baseball legend Pete Rose, and former mayor, Jerry Springer … but that’s another story.

Then finally, Cincinnati is home to The Big Red Machine, the Cincinnati Reds. And this year on July 14, the Major League Baseball All-Star Game will be held in their hometown at Great American Ballpark.

The All-Star Game always brings in a lineup of amazing players and stars, but events like these also tend to bring in another crowd, one that must be stopped … and a few Cincinnatians have made it their goal to do just that.

Read the rest of this article at: http://www.christianpost.com/news/cincinnati-pete-rose-skyline-chili-and-sex-trafficking-141091/