A War of Definition 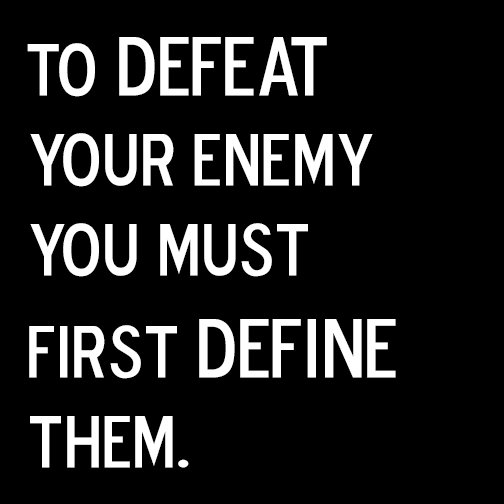 Last month President Obama made closing remarks at the White House Summit on Countering Violent Extremism saying that “[t]he notion that the West is at war with Islam is an ugly lie.” While the President perhaps meant that we should distinguish between Muslims and radical Islamists, he failed to acknowledge the full reality of the situation at hand.  A situation apparent once again in last week’s kidnapping of at least 220 Christians in the Assyrian province of Hassakeh by ISIS terrorists.

In truth, we are at war with an ideology—an ideology hell bent on our destruction.  Whether or not we acknowledge it, radical jihadists have declared war against us.  Ignoring that fact will not keep us safe on our own soil. Former Speaker of the House Newt Gingrinch said it well:

“[the Administration’s mantra says] You can’t tell the truth about the people who want to kill us because that would alienate a lot of Muslims who don’t want to kill us… This  fuzzy thinking is the immediate problem we have to confront. The first step toward  winning the war is to win the argument that it is a war.”

Why the equivocation and hand wringing?  Americans understand the difference between our Muslim neighbors and violent Islamic terrorists who are willing to kill others, including Muslims, in the name of establishing their caliphate.

Unfortunately, President Obama is not as clear thinking as the American people. Our foes have made it very clear that they hate anyone who does not subscribe to their narrow worldview but have a particular hate for Christians and Jews.

On February 15, while Concerned Women for America (CWA) members across the nation participated in a day of prayer and fasting on behalf of the victims of jihad (of all faiths), ISIS  beheaded twenty-one Egyptian Christians.  The propaganda video clearly stated their intent,   saying that it was “[a] message signed with blood to the nation of the cross.”

They have defined their enemy quite clearly. Yet the President simply referred to the Coptic Christians as “Egyptian citizens.”

In a recent interview with Bill O’Reilly, former defense intelligence agency chief Lt. General Michael Flynn put it plainly: “You cannot defeat an enemy you do not admit exists.”

Our President refuses to define our enemy, bending over backwards to say that it does not have to do with Islam. Irony should not be lost on the very fact that those waving black flags over our embassies and videoing humans being burned alive in cages are in fact calling themselves the Islamic State. Gov. Bobby Jindal (R-Louisiana) had this to say about President Obama’s recent statements:

“If you cannot admit the problem, you cannot fix the problem…Islam has a problem.  There is an evil belief system that has taken root in radical Islam. It contends that many of us must be killed, women should be treated like property, some of us are eligible for  slavery, and others need to be crucified.”

Make no mistake; we are at war, and this war is unlike its predecessors. The difference between this conflict and those of the past is the fact that the opponents were defined by their borders and land. This war is extremely complicated in that the enemy is not necessarily demarcated with any boundaries—and what’s most scary is that the cancer is metastasizing at an alarming rate.

Sixty percent of Americans do not believe the President has a clear plan, and they have it right.

As the President dithers, more blood is spilled and innocent women and children continue to be raped and exploited. At what point does this President wake up to the real threat, look evil in the eye and call it by its proper name?