A Celebration of Mothers of the Bible 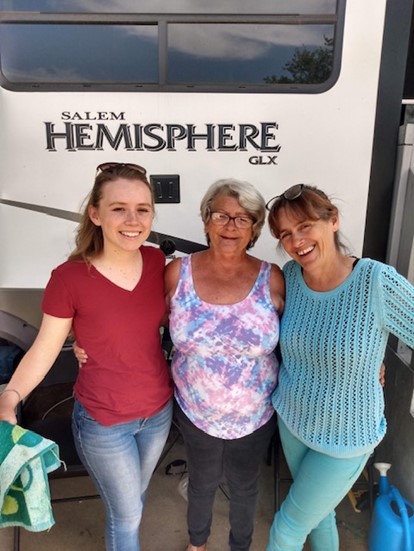 As society embraces social justice and attempts to deconstruct the nuclear family and destroy womanhood, the need for Godly mothers is stronger than ever.

While the world screams that it is backward to praise women for becoming moms and true power is in a corporate job, Christian women should delight in the mantle that has been placed in front of them.

The Bible, from beginning to end, paints a rich picture of motherhood, beginning with Eve, the first woman in the Bible whose name translated means “mother of all things.” All throughout the Bible, God paints a beautiful painting of the blessing mothers can be to those around them and the next generations.

In 1 Kings 3, a beautiful story of sacrificial, maternal love is recorded. In this passage, a dispute between two women who are in disagreement over who was the mother of a specific baby made its way to King Solomon. The king ordered the baby to be sliced in half, with one part going to each woman. One of the women decided this was fair, but the other woman offered to give the baby to the other woman. Solomon thus ruled that the woman who acted to keep the child alive was the real mother and that she should keep the baby. The mom was willing to lay down her own rights to keep her baby alive. She counted her own comforts as nothing, as long as the child had a chance to live.

Not only are mothers in the Bible sacrificial, but they are also courageous and heroic. During Israel’s enslavement in Egypt, a proclamation went out that all baby boys should be killed. But Jochebed, a Hebrew slave, refused to see her son killed. She hid the child for two years, and when he was too old to hide, she crafted a basket made of reeds and floated him down the river with his sister watching. This baby was ultimately rescued from the river by Pharaoh’s daughter and raised as a prince of Egypt. Because of the courage and faith of Jochebed, her son survived; God then used this lowly Hebrew boy to lead his people out of Egypt and became one of Israel’s fathers – a man by the name of Moses.

In the New Testament, Timothy’s faith is credited to the faithful teaching of his grandmother and mother. He went on to become one of the most influential founding fathers of the ancient church. His teachings are still influencing people around the world to come to Christ.

Women in the Bible are credited with raising, leading, training, and influencing leaders with their wisdom. They are revered and honored for the sacrifices they make for their children.

Let’s not forget the women who have sacrificed so much and have received so little in return. Let’s celebrate moms and uphold the sanctity of motherhood.