Our morning started at Masada, Herod the Great’s desert fortress. It was a refuge for himself with storehouses, large cisterns filled with rainwater, barracks, palaces, and an armory. After hiking in the sun and heat, we headed back down to the lowest point on earth – the Dead Sea! Swimming, or rather floating, in the Dead Sea was a first for a majority of our participants. We probably could have floated all day, but it was Friday, Shabbat, and we needed to get back to Jerusalem to visit the Western Wall at sundown. 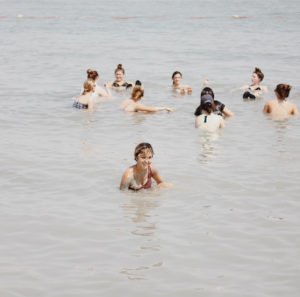 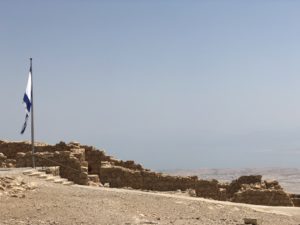 Shabbat begins as the sun sets on Friday. Every Friday evening, Jews gather at the Western, or Wailing, Wall to gather together, sing songs and psalms, offer up prayers, and celebrate before dinner. We gathered together and read Psalm 21 before splitting into two groups to experience a traditional Shabbat at the homes of Jewish host families. 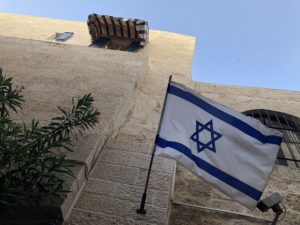 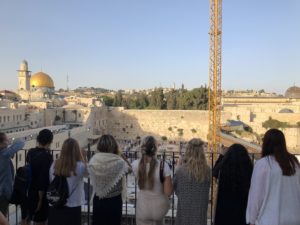 “One of my personal favorite parts of experiencing Israel was getting the chance to eat Shabbat dinner with a Jewish couple. I learned so much about the Jewish culture and people from a distance most days of the trip, but having an opportunity to speak directly to the couple for several hours was incredibly enlightening and much more personal. Taking part in the rituals that are involved in Shabbat dinner opened my eyes to the practice of Judaism in a new way. My favorite part was having the opportunity to hear the story of the couple and how they had made their home in Israel, both from different countries originally. Asking them questions about the things that they believe and have experienced allowed me to step into their shoes and see what motivates them to practice the Jewish religion and live life in the state of Israel. Overall, I’m so thankful for the experience and the way that it gave me a stronger passion to share Jesus with Jews that are passionate about God but do not see Jesus as their Messiah. They are real people that were chosen by God thousands of years ago, and they need the light of the Gospel to open their eyes to the sacrificial love of the Lord.” Ashley Gillespie, YWA Participant, Liberty University

This was another nonstop day for our group! We started at the Mount of Olives overlook which is the quintessential view of Jerusalem. We walked from the Mount of Olives to the Garden of Gethsemane where we studied the story of Jesus in the Garden from each point of view before allowing everyone quiet time to reflect personally. From there we walked to the Pools of Bethesda which is where Jesus healed the paralytic. Near the pools of Bethesda, there is a beautiful chapel with beautiful acoustics, and inside we sung a hymn together. It’s the little things like singing together that make such special memories on trips like these. 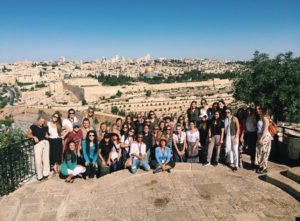 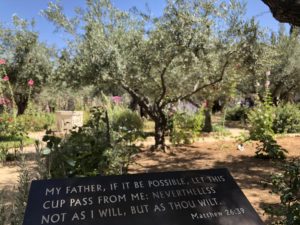 From the Pools of Bethesda, we walked the Via Dolorosa, the Way of Grief, which is the path believed to be walked by Jesus on his way to crucifixion. The Via Dolorosa led us to the Church of the Holy Sepulcher. And all of that was before lunch! The city of Jerusalem is split into four quarters: Jewish, Muslim, Christian, and Armenian. Lunch today was on free time in the Christian quarter. It is a bustling quarter full of small shops and vendors.

Our afternoon was spent at the Garden Tomb. There is debate about where exactly Jesus was crucified and where exactly he was buried but many believe this is the site of his tomb. “It’s hard to put into words what I experienced at the Garden Tomb, but I can sum it up by saying, an overwhelming abundance of peace. The Tomb is significant because if Jesus did not rise from the dead and come walking out of that tomb triumphantly defeating death, then He would not have been who He said He was, the Son of the Most High. As Christians we rejoice in the fact that we will be living for eternity with our Heavenly Father and the One who paid our debt with His great love for us.” Amelia Koehn, former YWA Chapter President, and now alumni, University of Iowa