What a Trip to the Grocery Store Taught Me About Israel

By CWALAC StaffJune 20, 2017Blog, News and Events, Support for Israel 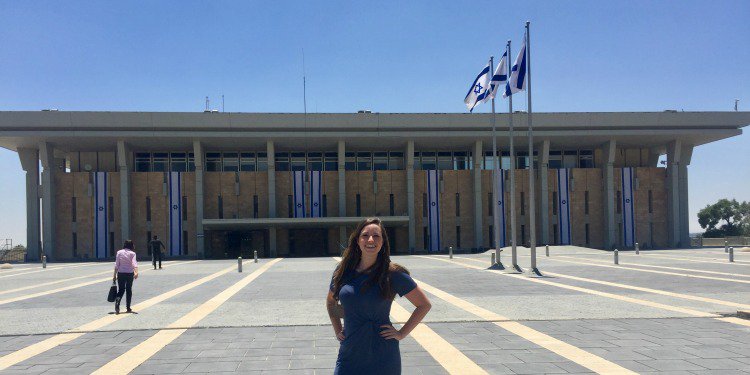 I have been in Israel for less than a week and I have already learned so much! In the Holy Land, God and history permeate the atmosphere wherever you go.

It’s Ramadan, the Muslim month-long religious observance, and tensions are noticeably high. At the Shabbat (Sabbath) meal my friend Anna and I were invited to, the host made it clear she would not recommend we go anywhere on our own.

I can’t help but be nervous as I remember stories I’ve heard on the news about terror attacks. In Israel, the possibility of an attack is a daily reality. How do Israelis live this way? I suppose they get used to it – but the fact that they have to get used to it is a tragedy in itself.

Keren, a Fellowship staff member who lives in what most of the world would call a “settlement,” drove us around her neighborhood the second day we were here. Two things she showed us stood out to me.

First, we saw the bus stop where three Jewish boys – Eyal, Gilad, and Naftali – were kidnapped in 2014. They were murdered – today, at the spot where their bodies were found, there is a beautiful park built in their honor. Kids play and family events are held in this park, and the mothers of the boys attend regularly.

The second site was a grocery store where Keren shops with her beautiful family. Here, Arabs, Jews, and Christians stand side by side as they pick out their items, and stand in the check-out line together just like any other country.

But this isn’t any other country. In this country Jews are threatened, hurt, or killed regularly by Palestinian terrorists, simply because they are Jews. Yet Jews and Arabs still stand next to each other in mundane places like the grocery store.

In light of the tension I can feel here during Ramadan, and the fact that terrorists have been waging war against Israel for decades, this seems like a miracle. Maybe, after the recent attacks in London and Manchester, the world is getting a taste of why it’s such a miracle that Israelis are still able to go about day-to-day life – that Jews and Arabs are able to mix freely and peacefully at places like that little grocery store.

There’s so much to learn here in Israel and I’m so excited to see what God has in store. I’ve already seen Him move and I’m confident He’ll show me more. God has such a heart for Israel, and I can’t wait to see more of it through His eyes.

Editor’s Note: Claire Nance is a Christian college student interning with The Fellowship in Israel this summer. She’s from Washington, D.C., and studies Communications with a minor in International Relations at Liberty University in Virginia. This post was first published on the blog of the International Fellowship of Christians and Jews.