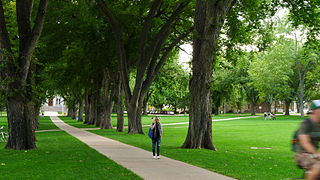 Students for Life won a decided victory this past week when it reached a settlement with Colorado State University (CSU) in its fight for equal standing with other school organizations. In January Alliance Defending Freedom (ADF) filed a lawsuit in U.S. District Court on behalf of the Students for Life chapter at CSU after the university denied funding to the group because of the pro-life views of a potential speaker.

CSU originally denied the request for funding because the content of the speech “did not appear entirely unbiased as it addresses the topic of abortion.” School officials further stated that if the group hosted the speaker, “Folks from varying sides of the issue won’t necessarily feel affirmed in attending the event.” Evoking their First and Fourteenth Amendment rights, the student organization sought to overcome the discrimination it faced from CSU and to receive the requested funding.

The settlement encouraged CSU to reevaluate and revise its unconstitutional policies concerning funding for student organizations in two ways. First, the new policies abolished CSU’s Diversity Grant program, the program through which CSU denied funds to the Students for Life chapter. Second, CSU clarified and neutralized the criteria for evaluating funding requests. This new criteria forbids discrimination based on the religious affiliation of a student group. ADF Senior Counsel Tyson Langhofer commented, “University officials shouldn’t use mandatory student fees to favor some views while shutting out others.” Additionally, the settlement recouped the cost of the speaker as well as the student fees of the Students for Life members, a total amount of $600.

Casey Mattox, director of the ADF Center for Academic Freedom, explained the significance of this case: “Today’s college students will be tomorrow’s legislators, judges, commissioners, and voters. That’s why it’s so important that public universities model the First Amendment values they are supposed to be teaching to students.”

As Concerned Women for America (CWA) continues to expand its Young Women for America (YWA) college chapters, we are committed to fighting for the rights of conservative women to freely express their views.  It is a travesty that colleges and universities have been overrun by left-wing ideologies for so long that conservative students are often marginalized.  We are committed to changing that, and we are thankful for the work of other organizations like Students for Life and the Alliance Defending Freedom.

Kelsey Gold, CWA’s Young Women for America Coordinator, who applauded the resolution in this case and said, “YWA has experienced the targeting of left-wing academics first hand, so we know this is a widespread problem that young conservative women continue to encounter regularly.  But we are not deterred.  We are determined to make our mark for freedom, liberty, and intellectual diversity on every campus in the U.S.  Truth is a powerful antidote that refuses to be suppressed.”

Kyle Permann is the 2017 Antonin Scalia Legal Fellow for Concerned Women for America.