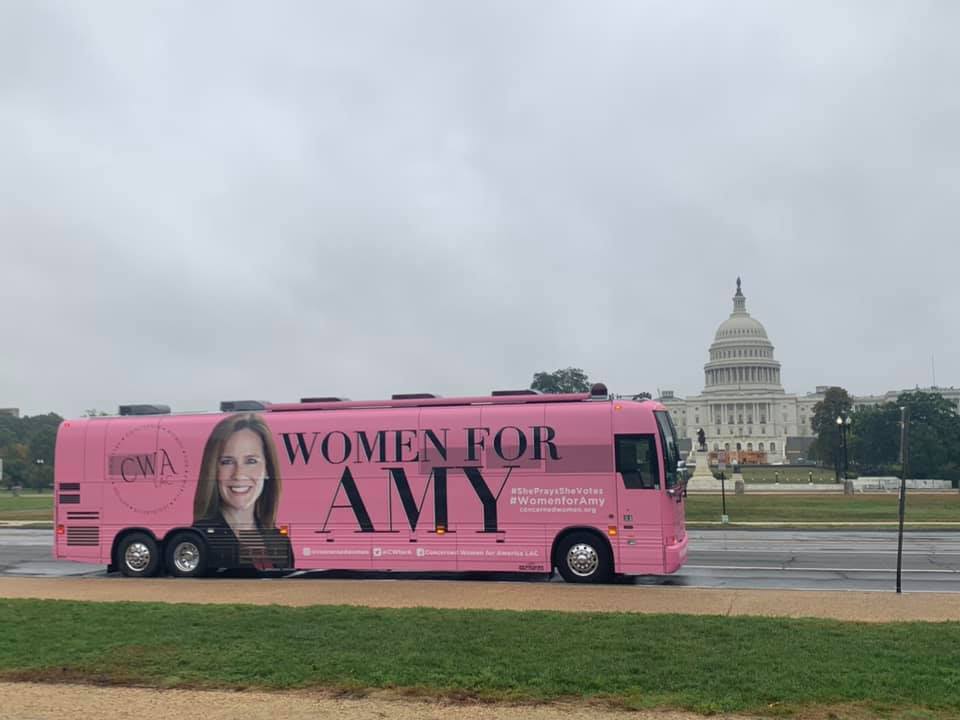 To quote Sen. Lindsey Graham (R-South Carolina), Chairman of the Senate Judiciary Committee, Amy Coney Barrett is “going to the Court.” The hearings are over, and she simply shined through it all. The most memorable moments included ACB schooling senators trying to challenge her on precedent and originalism and severability and textualism. She was the smartest person in the room. The moment when Sen. John Cornyn (R-Texas) asked her to show her notes went viral because it illustrated how exceptional she was as a nominee. Here is the clip:

But the most powerful testimony, showing us the type of person we are supporting for the Supreme Court was heard on the last day. It was the testimony of Laura Wolk, one of Judge Barrett’s law students and current Supreme Court clerk, who is blind. She explained the extraordinary help she received from ACB that made it possible for her to break down barriers in the legal profession.  Please watch:

These hearings were historic. The voices of conservative women were heard like never before, both inside and outside the hearing room.  Sen. Graham highlighted this with his remarks on day two. He said, “This hearing to me is an opportunity to not punch through a glass ceiling, but a reinforced concrete barrier around conservative women. You’re going to shatter that barrier. I’ve never been prouder of a nominee than I am of you.” Here is the expanded clip of his remarks:

Outside, as most of you know, the “Women for Amy” army made its mark, outshining the opposition.

The nomination will be held one week, as is customary, with some written questions and answers for the record submitted. Then a final committee vote is scheduled for October 22 at 1:00 p.m. It is expected to be 12-10, along party lines.

The nomination then will be sent to the full Senate where Majority Leader Mitch McConnell (R-Kentucky) has said, “We’ll go to the floor with her on Friday, the 23rd, and stay on it until we finish this… We have the votes.”