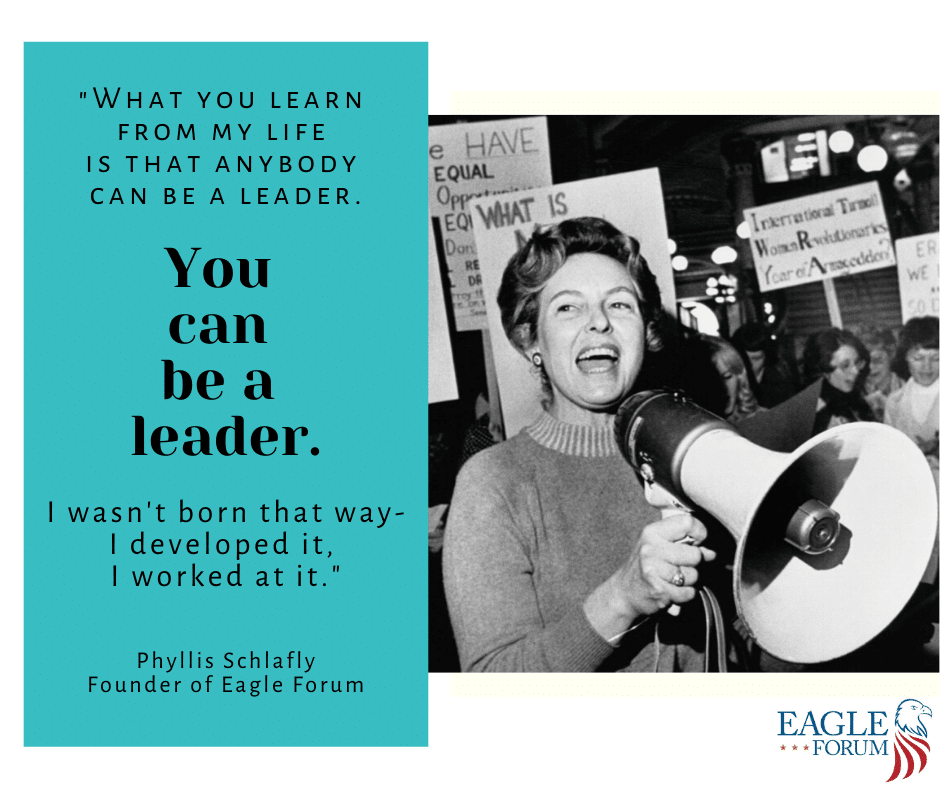 4 Things You Should Know about Mrs. America, Hulu’s Series on Phyllis Schlafly

The Television Network FX/Hulu has released a series called “Mrs. America,” a dramatization about the Equal Rights Amendment (ERA) fight. This series has offensive and often inaccurate depictions of Phyllis Schafly, Eagle Forum’s beloved founder. CWA’s  founder, Mrs. Beverly LaHaye, also worked hard to fight against the ERA in the early years of our organization and along with Phyllis Schlafly, our side won!

We at CWA are working alongside our friends at Eagle Forum to see that the truth is spoken about Phyllis Schlafly’s legacy. An attack on Phyllis is an attack on the conservative movement, and we must fight back! Recently, our CEO and President Penny Nance was interviewed by Crosswalk about this series and Phyllis Schlafly. Here’s what Penny told reporter, Michael Foust:

“She was such a bright woman – really one of the most intelligent women I’ve ever met … She was brilliant, astute and strong. She was often the only woman in a group of men and certainly the smartest person in the room.”