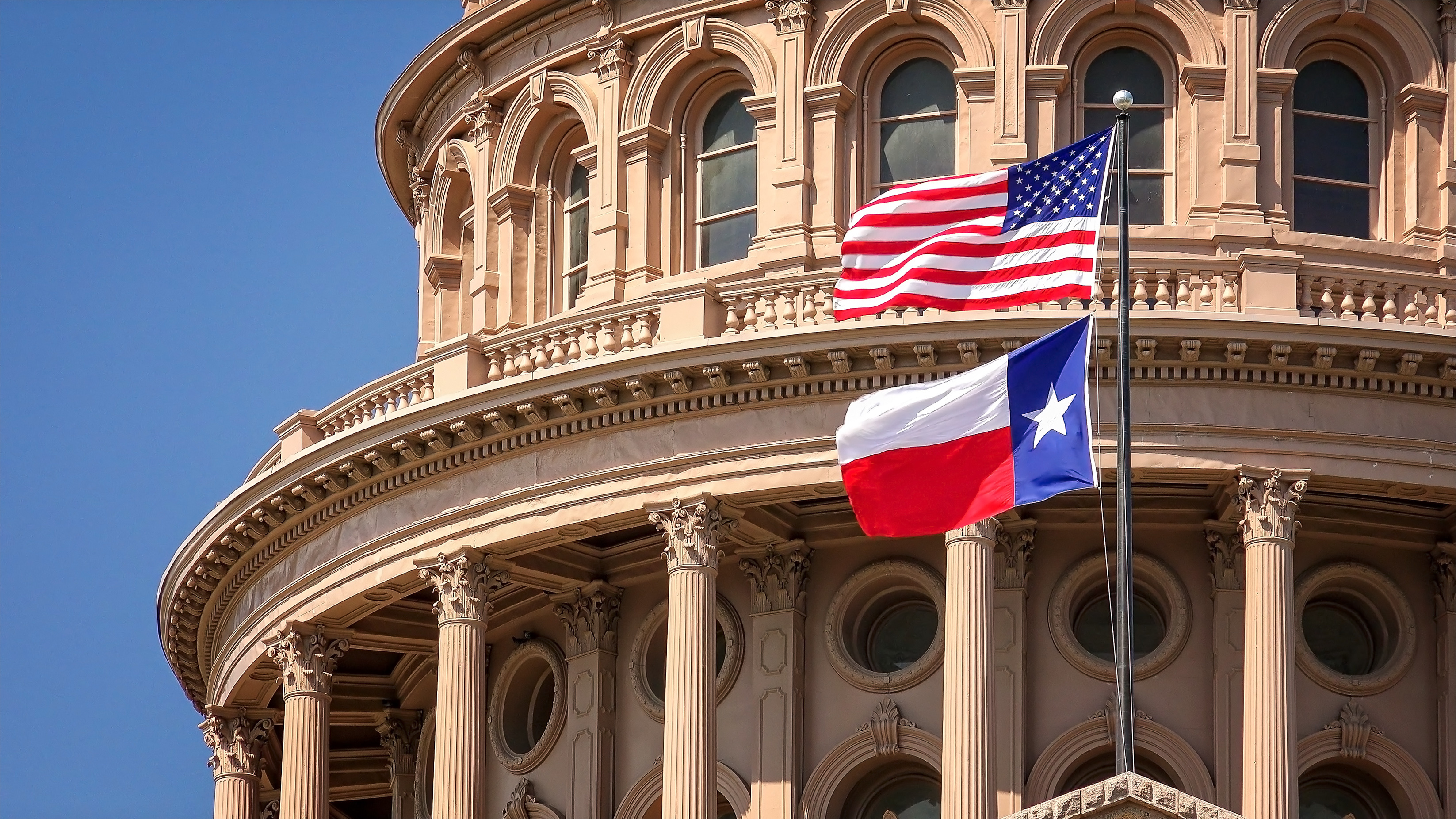 Sine Die for the Fourth Time This Year!

By Ann Hettinger | Texas | No Comments

On January 9, 2021, the 87th Texas Legislature began meeting. Concerned Women for America of Texas had several issues that we hope to see addressed.  The legislature finally adjourned on October 19, 2021, after three Special Sessions were added to the regular session. 7163 bills and requests for constitutional amendments were filed in the regular session. Many of these were refiled in the three Special Sessions.  2,157 have become law and 20 were vetoed. These are the results:

Legislation that prohibited the distribution of abortifacients through the mail was filed.  The fraud and irregular use of this medication caused by this method of distribution threatened many innocent victims. Rep. Briscoe Cain, (R-District 128) filed HB 6 and Rep. Stephanie Klick, (R-District 91) filed HB 6, in the Second Special Session, but not until Sen. Eddie Lucio, (D-District 27) filed SB 4 in the second Special Session were we able to see the bill enacted.  It was signed by Gov. Greg  Abbott on September 17 and becomes law on December 2, 2021.

Legislation that prohibited abortion after the detection of a fetal heartbeat was widely supported by conservative legislators. Rep. Shelby Slawson, (R- District 59) filed HB 1165 that was identical to Sen. Bryan Hughes (R-District 1) SB 8.  Gov. Abbott signed SB 8 into law on May 19, and it became effective on September 1, 2021. This unique approach to regulation has never been enacted before. It creates a civil penalty for an infraction ($10,000 maximum per abortion) and that cause of action may be taken by any citizen against a medical technician who performs the abortion. No governmental entity is involved in the prosecution of the case. It appears that it may be called before the United States Supreme Court in the near future for adjudication. Right now, there is no injunction against it.

During the last interim, multiple cases involving Texas Child Protective Services revealed a lack of control in the prosecution of families regarding child abuse.  Rep. James Frank, (R- District 69) filed HB 567 which establishes the procedures and grounds for terminating the parent-child relationship when governmental agencies are contending for the possession of a child. The legislation was allowed to become law without the governor’s signature and was effective September 1, 2021.

The issue of gender modification remains a disappointment for this 87th Legislature. Multiple bills were filed. HB 68 by Rep. Steve Toth, (R-District 15) and SB 1646 by Sen. Charles Perry, (R-District 28) would have prohibited parents of minor children from seeking life-altering gender transitioning surgeries and pharmaceuticals for their children. CWA has been convinced that this approach unduly burdens the rights of parents to make choices for their children.  Rep. Matt Krause, (R-District 93) filed HB 1399 and Sen. Bob Hall, (R-District 2) filed SB 1311 which denies insurance coverage for those providing these procedures for gender transition, gender reassignment, or gender dysphoria for minors. This burdens the medical provider. These bills failed in the regular session and Gov. Abbott did not put them on the call for any of the three Special Sessions.

For the last few sessions, homeschool families have worked to make UIL activities available for homeschooled students.  This session, HB 547, was again filed by Rep. James Frank. It passed and was signed by Governor Abbott on June 18, 2021, and effective on September 1, 2021.  As a result, these students are now are eligible to join teams in their local school district and participate in their competitions.

By law, every Independent School District in Texas is required to appoint a Student Health Advisory Council (SHAC) regarding sex-education curriculum for public schools.  However, the rules regarding the membership of the Council, the meeting forum, and the records of those meetings have been weak. SB 442 was filed by Sen. Bryan Hughes, (R-District 1) and a companion bill, HB 3872 by Rep. Harold Dutton, (D-District 142) fortified and clarified the responsibilities of that Council. SB 442 failed to pass, however, it was amended on to HB 1525 and became law. That was signed by Gov. Abbott on June 16, 2021, and was effective that day!

Every year some students fail to achieve satisfactory performance on final assessment tests.  Rather than leave them to an unproductive future, Rep. Harold Dutton, D-District 142) authored HB 4545 which created grants to be used for accelerated instruction for them.  It was signed by Gov. Abbott on June 16 and became effective that day.

In one of the most contentious battles of the session, Concerned Women for America of Texas took up the battle of protecting girls’ sports in UIL competitions in Texas.  The issue at the core was whether or not biological males could compete on sports teams. In hearing after hearing we heard examples of the displacement of girls by “transgendered females” who have physical advantages over biological females.  In an effort to preserve a fair and level playing field, Rep. Valoree Swanson, (R. District 150) authored HB 25 in the third Special Session after having authored and defended similar bills in all three prior sessions.  It finally passed on October 17, 2021, and Gov. Abbot has said he will sign it into law. Sen. Charles Perry, (R-District 28), and Rep. Cole Hefner, (R-Dist. 5) also filed similar bills. Some of these included protections for college and university level (NCAA).  That issue failed to achieve movement in the regular session and Gov. Abbott did not put that issue on the call for any of the Special Sessions.

Many parents have been concerned about the curriculum in Texas Public Schools containing materials promoting the Critical Race Theory.  Concerned Women for America of Texas supported the bill filed by Rep. Steve Toth, (R-District 15) which restricted all districts from allowing it.  Sen. Bryan Hughes, (R-District 1) filed SB 3 in the Second Special Session and it utilizes teacher training programs to affect the implementation. We feel this has weaknesses and that parents will be required to be more watchful.  SB 3 was passed and signed by Gov. Abbott on September 17, 2021.  It will be effective on December 2, 2021.

For the last two decades, our legislative body has increased awareness and restrictions on human trafficking. This year, HB 390, was authored by Rep. Senfronia Thompson, requiring annual human trafficking awareness and prevention training in commercial lodging establishments. SB 316 by Sen. Joan Huffman, (R-District 17), was an identical bill supported by CWA of Texas.  It was passed and Gov. Abbott signed it into law on May 18, 2021, and it became effective immediately.

During the recent pandemic, citizens came to understand how fleeting their religious liberties were.  Government entities unabashedly closed houses of worship across the state and enforced those closures with citations and arrests. Sen. Angela Paxton, (R-District 8) filed SB 251 similar in intent to one filed by Rep. Matt Shaheen, (R-District 66).  He filed HB 525 which “declared a religious organization is an essential business at all times in this state, including during a declared state of disaster, and the organization’s religious and other related activities are essential activities even if the activities are not listed as an essential in an order issued during the disaster.” And they cannot be ordered to close or otherwise alter the organization’s purposes or activities. The vote in the Senate was 27-3, and in the House, it was 127-10.   It was signed by Gov. Abbott on June 18 and became effective immediately. When a bill has a positive vote of 2/3 of each chamber, the bill is effective upon the governor’s signature.

In addition, HB 1239, authored by Rep. Scott Sanford, (R-District 70) which prohibits a government agency or public official “…may not issue an order that closes or has the effect of closing places of worship in this state or in a geographic area of this state.”  And, “in this section, ‘effect of closing’ includes any restriction on the occupancy or capacity of a place of worship.” This bill passed and was signed by Gov. Abbot on June 16, 2021, and became effective immediately.

Citizens have been urging our legislative body to protect them from censorship by social media.  Rep. Briscoe Cain, (R-District 128) filed HB 20, which provides relief and protections for citizens being censored by social media outlets. SB 5 by Sen. Bryan Hughes (R-District 1) addressed the issue as well.  While CWA of Texas chose to stay neutral on these bills, HB 20 was passed and signed by Gov. Abbott on September 9, 2021, and became effective on December 2, 2021.

After the General election of 2020, citizens were concerned that voter fraud should not compromise Texas elections.  Multiple bills were filed.  HB 574 by Rep. Greg Bonnen, (R-District 24) raised the penalties for fraud in the conduct of an election.  It was signed by Governor Abbott on June 3.  Also, Rep. Andrew Muir filed HB 3 in the second Special Session; Rep. Steve Allison filed HB 280 in the second Special Session; both asking for increased penalties for election fraud. Neither passed.

Rep. Steve Toth, (R-District 15) filed a bill asking for a forensic audit of the 2020 election results in certain counties.  It was not passed.

The omnibus Election Integrity Protection Act of 2021, SB 7, was filed by Sen. Bryan Hughes (R-District 1) which “seeks to address these issues by strengthening poll watcher protection, bringing about transparency by utilizing technology throughout the electoral process, limiting the most common fraudulent practices and opportunities for fraudulent practices, and providing better and more timely evidence in investigations into alleged voter fraud.”  (Taken from the bill analysis.) This seventy-five-page bill failed to pass in the regular session but passed as SB 1 by Sen. Hughes, in the second Special Session.  HB 6, by Rep. Briscoe Cain (R-District 128) was a very similar bill. Gov. Abbott signed SB 1 into law on September 7, 2021, and became effective that day.