Sean Lowe and the First Episode of 2013’s The Bachelor

By CWALAC StaffJanuary 9, 2013Defense of Family 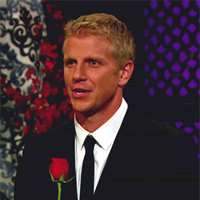 Editor’s Note: A version of this article was posted by American Thinker. Click here to read it.

Sean Lowe is one of the more controversial “bachelors” to ever appear on the hit reality television show “The Bachelor.” Ironically, Sean is very popular among young women for exactly the reasons that the producers are a bit uneasy. He is a genuinely nice guy, and the producers seem to fear that will make the show boring, but for the 26 girls invited to compete for Sean’s affection, there was palpable excitement about meeting a bachelor who is also a nice man with good intentions.

While a reality television show is a controversial and unconventional way of finding a mate and the show has a very poor success rate in terms of lasting relationships, the show has a devoted following among young women and men who often get together in groups to watch the show and choose favorites among the contestants for the season’s bachelor or bachelorette. The show is certainly not a formula most people would recommend for any young person, but especially not for one who, like Sean Lowe, claims to “love Jesus.”

While I would never recommend that any young person participate in the show, I’m glad Sean Lowe chose to be this season’s bachelor — at least from his behavior on the first episode and from reports about the entire filming process. Sean is a self-described “born-again virgin” who — according to numerous on-the-scene reports — did not engage in the typical skinny-dipping or sexual encounters with any of the young women vying for his attention. Several reporters noted that Lowe eschewed the “fantasy suite” over-night sex that, previously, has been a titillating part of the final episodes. One report stated, “It’s well known in the ‘Bachelor’ circle that he doesn’t have sex, but he’s so charming and so polite. It’s a different kind of show this time around because he’s super-religious . . . [and he] does Bible readings.”

Sean was very open about wanting to find a wife and start a family. He was equally open about his intention that marriage is for life and he plans to commit to the girl that becomes his wife. The filmed segments with his family showed a close-knit family with married mom-and-dad parents, a sister with her husband and an adorable niece and nephew on whom Sean obviously doted. Sean commented that he wanted that kind of permanent relationship and “a house that’s full of love and laughter.” He was unequivocal in his belief in love and the importance of marriage and family. I hope it was not lost on the viewing audience that the majority of the young women hoping to be his choice of mate responded very positively to the very traits that so much of today’s culture rejects — desire for love, permanent marriage, children, and a strong man of conviction, character and integrity who will be their “knight in shining armor.”

In the first episode, Sean — a man that was described as a “hunky Dallas businessman and entrepreneur” — was a gentleman who modeled good behavior toward women. He seemed genuine in his nice responses to each of the young women when they arrived and introduced themselves. He made it clear that he liked open friendliness and did not respond to provocative behavior or sexual innuendos. He was unfailingly courteous to all the young women, including the “Fifty Shades of Grey” fan who behaved with such vulgarity. She did not get a rose and Sean lamented that she was “fifty shades of drunk,” but he treated her courteously and with kindness. When one of the brazen girls demanded a kiss, he politely shifted the conversation and moved on to another young woman. Ironically, in a preliminary segment, fellow 16th season contestant Arie Luyendyk tried to teach Sean how to kiss a girl. While the two guys had a lot of fun talking and renewing their acquaintance, Sean make it clear afterward that he wouldn’t be following Arie’s formulaic advice about kissing.

More than any previous series that I have seen, many of the young women in the 17th season seemed to be sadly desperate. In Sean, they saw the epitome of those qualities that poll after poll indicate are the ideal characteristics of the typical woman’s dream man. Those who did not get a rose during the show (indicating that they will continue on to further episodes) looked devastated and couldn’t fake a “I-couldn’t-care-less” attitude. It was agony to watch the faces of the last contestants as their hope for a rose dwindled. I hope young men all across America noted that today’s girls — like those of previous generations — are looking for a trustworthy man of character, integrity, faithfulness and — dare I say it — righteousness. Of course, it doesn’t hurt that he looks fabulous without his shirt and he has baby-blue eyes, but the bottom-line is still whether a man will be a faithful husband, a good father, and committed to helping establish a home where there is plenty of love and laughter.

In front of television sets all across the nation over the next few weeks, young women will be watching to see if Sean Lowe turns out to be the real thing. If, like so many of their heroes, he fails to live up to the high standards he professes, there will be a lot of disappointment and disillusionment among young women who hope that he will, perhaps, influence the guys on campus and around town to “man up” and become the leaders that they were created to be.