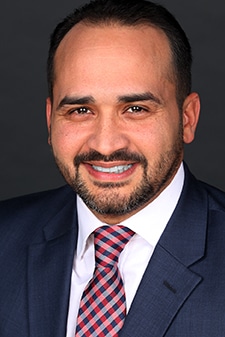 Mr. Diaz is the author of Be Spent: Winning the Fight for Freedom’s Survival. His columns are regularly featured in several media outlets, including The Washington Times, The Christian Post, Human Events, First Things, The Blaze, American Thinker, CNS News, WorldNetDaily, Townhall, and other outlets, as requested.

Mr. Diaz is also a media commentator who has appeared on networks like CNN, FOX, Univision, and Voice of America, both in English and Spanish. As a public speaker with experience at numerous conferences, including the well-known Conservative Political Action Conference (CPAC), he engages audiences to think through the way a Biblical worldview affects policy matters. Mario also speaks at churches and schools about legal matters and America’s founding principles.

A member of the United States Supreme Court Bar, among others, Mr. Diaz obtained his Juris Doctor from the Catholic University of America’s Columbus School of Law in Washington, D.C. He also has a Masters in Theological Studies from Southwestern Baptist Theological Seminary.

Mr. Diaz lives in Virginia with his wife and four children.

Keep up with Mario’s work on Twitter @mariodiazesq and catch his latest writings, on CWA’s Legal Studies Page.