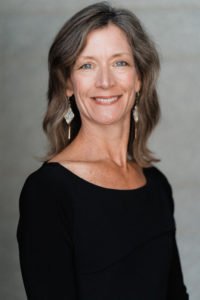 Denny also serves as an opinion writer and commentator on cultural and women’s issues, appearing on major television and radio networks, including Fox News, PBS Newshour, CBN, and National Public Radio. Her work is also featured in numerous publications, including The Washington Times, The HiIl, Daily Signal, Human Events, and Townhall.

Doreen has broad experience in policy, strategy, and communications roles across the federal government. She has held positions in the White House Office of Policy Development under George HW Bush, U.S. Departments of Education, Health and Human Services, and both chambers of Congress, most notably for Senator John Ashcroft (R-Missouri). She has also served as a consultant for both private sector and nonprofit organizations working on issues ranging from education reform to emerging democracies.

While embracing a career break to raise children, Doreen served as director of women’s ministry programs, mentor to young professional women in the CS Lewis Institute Fellows program, and in numerous volunteer capacities in the public schools.

Denny holds a Bachelor of Arts in political science from the University of Kansas and a Master of Public Policy from the Harvard Kennedy School.

Doreen and her husband reside in Arlington, Virginia and have two college-aged children.