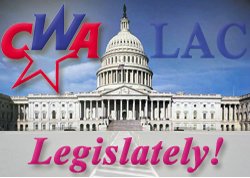 Congress is back from Easter break, and the Senate tries to take up firearm and immigration bills, while the House of Representatives prepares to combat the debt ceiling and pass a conscience protection bill against the so-called “preventative services” mandate within ObamaCare. In addition, CWALAC’s Shari Rendall offers an update on the Romeike family, who legally sought political asylum in the United States after being persecuted in Germany for homeschooling and is now being threatened with deportation.Click here to listen.