Kindle the Fires of a New Revolution

The culture of America is changing before our very eyes, and for evangelicals and conservatives to sit idly by and let it happen is tantamount to complicity. This America, founded on principles of religious liberty, is not an hour glass, and we cannot allow those blood-bought freedoms to be sifted through our fingers and lost like sand.

Christian restaurant owner Truett S. Cathy, who closes his business on Sundays in order for his employees to attend church, has never been shy about his Christian beliefs. But by now you’ve likely heard about the firestorm the Cathy family set off when the Chick-fil-A owner admitted that he does not support “gay marriage.” (What?!?! A Christian who follows the Bible? Shocking!)

Now Amazon.com Founder and President Jeff Bezos is wading into the moral morass by offering 2.5 million investor dollars (unlike Amazon.com, Chick-fil-A is privately owned) to same-sex “marriage” advocates in Washington state in retaliation for the Cathy’s religious stance. (We’re also taking it personally, as Maureen Richardson, State Director for CWA of Washington, has fought like a lioness against the efforts of liberal legislators to redefine marriage.)

Concerned Women for America (CWA) is supporting the Chick-fil-A Day of Appreciation on August 1, 2012, in defense of a Christian family that is being absolutely excoriated by the mainstream media, public officials, private companies, and irate liberals for honoring their faith.

While CWA does not participate in boycotts, we understand that the brazen, politically correct move of Amazon.com’s founder and president may trouble some of our members and supporters. If you feel uneasy shopping at Amazon.com, we would like to take this opportunity to remind you that our own store, www.shopcwfa.org, carries over 170,000 Christian titles, and part of every purchase goes back to CWA so we can continue to be your voice on Capitol Hill and in the culture.

In addition to our store, we would be remiss if we did not offer you an even greater chance to get involved in the defense of our American founding. If you would like to help defend religious freedom and the ability to worship the way our Founding Fathers intended, please visit www.SheVotes2012.org. If you are not registered to vote in the upcoming November elections, then click here. If you are registered, then please forward this article to a family member or friend who is not.

We are making it possible for you to get involved on a state level. We have a brand new bus tour traveling nationwide in order to get as many people involved as possible. If you live in North Carolina, Virginia, Montana or North Dakota, please plan to join us. Details can be found at www.SheVotes2012.org.

This is a critical time; the future is a blank page in our nation’s history, and “We the People” have a chance to write it. Join us in the effort! 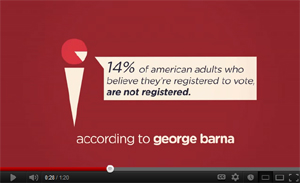