Internet Criminals Should Get No Free Pass

By CWALAC StaffMarch 14, 2011Defense of Family

Editor’s Note: The following article was published by National Review Online. Click here to read it. 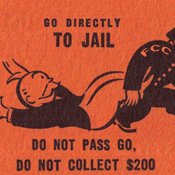 Today, the House Judiciary Committee holds a hearing on online commerce titled “Promoting Investment and Protecting Commerce Online: Legitimate Sites v. Parasites.” The hearing and its purpose – combating a serious threat to our economy and our society – have broad bipartisan support.

Although some special-interest groups have tried to spread hysteria by screaming “Censorship!” any time Congress considers Internet security, there is almost no disagreement among members of Congress that in this Internet age, our precious First Amendment rights can coexist with our timeless values of the rule of law and common decency.

Let’s face it, every day we are inundated with virtual reality, for good and bad. A few days ago, a close friend’s 13-year-old son was exposed to hardcore pornography when another child sitting by him on the school bus pulled it up on his iTouch. Both my friend’s son and his parents are very upset by the incident and can never scrub those images from his young brain. From social networking to immersive media, all our lives are increasingly affected by the online world. However, there should be nothing “virtual” about basic morality and the rule of law online.

So why are some groups trying to give a free pass to those who prey on children or are dedicated to harming our national security or our economy merely because they operate on the Internet?

Whether it is a website operator peddling child pornography, illegal obscenity, or WikiLeaks, or counterfeiters and pirates that access our market from outside the U.S. in order to escape our laws, legal actions and proposed legislation against those who evade justice are routinely criticized by groups like Free Press, Center for Democracy and Technology, the ACLU, the Electronic Frontier Foundation, Public Knowledge, and others, in the name of protecting a “free Internet.”

It defies common sense and decency. In the physical world, when a storefront is peddling illegal material, law enforcement steps in to shut it down. Yet, for some reason, when that storefront is found online, these groups think these illicit businesses should be immune, because to enforce against them would mean stifling “free expression” on the Internet. Pulling from a grab bag of excuses, these groups rely on a list of phantom horribles to justify their misguided opposition to the enforcement of the rule of law: “censorship,” “violating due process,” “regulating the Internet,” and ironically, in an appeal to get conservatives to join them, “big government.”

These conveniently incendiary terms certainly resonate in the blogosphere. But they bear no truth in the real world. Stopping someone from breaking the law is not “censorship.” Going to court to obtain an order to stop a violation does not “violate due process.” Enforcing existing laws on the Internet to protect U.S. citizens should not be confused with regulating the Internet and hurting desperately needed business. Intentionally blurring these distinctions is a tactic used by those who want a virtual world “unencumbered” by the laws and rules of society.

We have a choice: Will the Internet be defined by social order or anarchy? Should defending against illicit businesses and protecting our children stop at the border of our computers? Should we allow our system of laws and protections to be rendered useless by digital law-breakers reaching in from abroad?

While the government should not regulate or control how the Internet is operated, as in the case of the FCC’s new net-neutrality rules, it should enforce the rule of law on the Internet. These are very different activities. The first is government interference. The second is the protection of our rights, which we expect and the Constitution demands. Don’t let liberal “free Internet” groups confuse the two. The Department of Justice should go after WikiLeaks and offshore websites that make child porn or illegal obscenity available or that steal American property, and Congress should make sure they have the tools they need to do so.