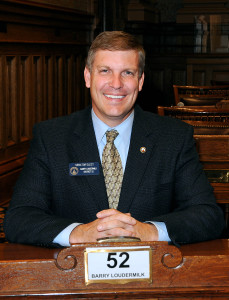 The congressman-elect ran unopposed, which he said gave him the ability to help others running in tough races.

Loudermilk told CWALAC that he is very encouraged by the group of Christians running for office this election cycle. He said, “I think that we can turn the nation around, and I think now is the time to do it.”

For the entire interview, listen below.