Exactly How Big is a $Trillion of the National Debt?

If you love America, think about this: 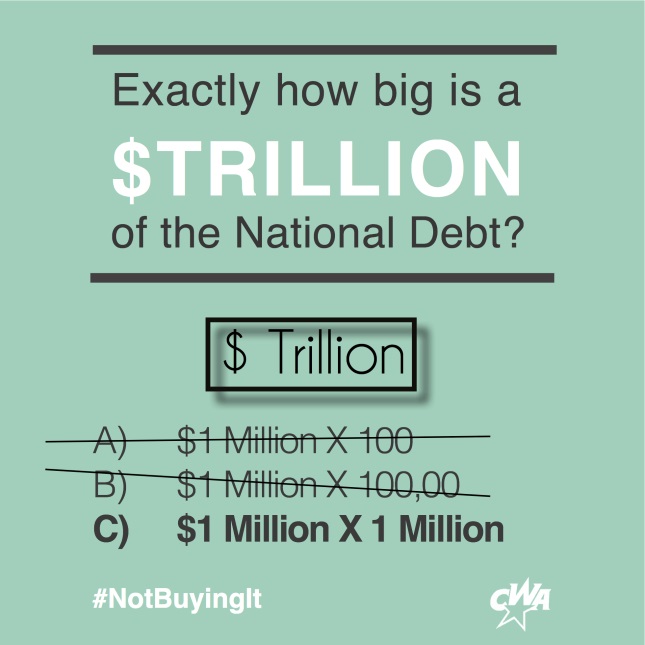 Now, take note: During President Obama’s first five years in office the federal debt has ballooned from 10.6 trillion dollars to an indefensible 17.0 trillion dollars. The enormous size of the debt now exceeds the total value of everything produced in the United States during a full year. The Obama administration has admitted that the debt owed to the public will more than double during the Obama presidency. In other words, during only eight years of Obama’s term the debt will be more than double the amount it took 232 years to reach since the beginning of America in 1776. And there is still more government debt and increased costs to all of us in the plans of Obama, his allies and unprincipled federal office holders, such as:

As part of loving America, I hope this helps explain the significance of a trillion dollars of national debt.