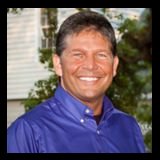 Washington, D.C. — According to multiple news sources, South Carolina GOP candidate Anthony Culler wrote in a lengthy Facebook post that same-sex couples are “gremlins,” “bullies,” and a “pestilence that has descended on our society.” Culler, positioned in South Carolina’s 6th Congressional District race, posted that “Same-sex couples that seek to destroy our way of life and the institution of marriage are not cute and cuddly but rather (for those of you that are old enough to remember the movie), Gremlins that will only destroy our way of life.”

“Concerned Women for America (CWA) stands proudly in support of traditional marriage. However, neither side should engage in unkind, foolish verbal vomit. Anthony Culler has neither the temperament nor the judgment to thoughtfully represent the good people of the 6th district of South Carolina, and he certainly doesn’t represent the millions of Americans who support traditional marriage.  CWA calls on both sides of this debate to show respect and humility in sharing our strongly held beliefs.  As Americans, we should be able to debate this issue in a civil tone, making the case for our beliefs without being treated as ‘a pestilence,’ a ‘gremlin,’ or a ‘bigot.’  There are thoughtful people making high-level arguments for the importance of traditional marriage and against.  Name callers distract and marginalize both perspectives.”

For an interview with Penny Nance, please contact Alison Howard at [email protected] or 202-266-4816.