In January we were fortunate to attend the Inaugural Ball, Prayer Meeting and the Inauguration of Gov. Mary Fallin. This was the first time a governor-elect has asked to hold a prayer meeting before taking office. 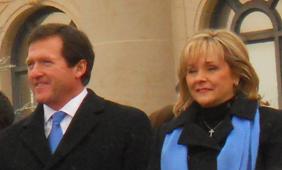 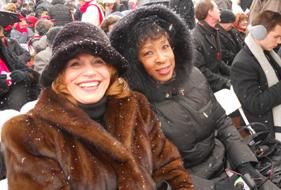 We participated in Family Day and Rose Day in February.

We were able to do an “Encourage-A-Legislator” project, again, this year in April. We visited the offices of all 148 legislators between both the state House and Senate. We presented each one with a poem written by Jerry Ross, a flag pencil and a CWA brochure. Let us know if you would like to be part of this program as we continue to find ways to encourage our legislators throughout the year.

We are building a Prayer/Action Chapter network across the state and have partnered with the Oklahoma Apostolic Prayer Network and Changing a Nation for Christ to do so. 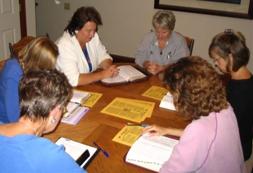 We attended the signing by Gov. Mary Fallin of the two important pro-life bills: HB 1552, the “Pain-Capable Unborn Child Protection Act” which does not allow for abortions after 20 weeks and SB 547 the “Abortion is not Health Care Act” prohibiting coverage for elective abortions to be paid for under health care plans.

We have been able to speak with several of our legislators in our visits to the Capitol this year. Rep. Anatasia Pittman, District 99, talked with us at great length about her concerns with the grading system in our public school systems. She expressed how important it is for us to visit with our legislators and express our concerns. We have been able to speak with Rep. Sally Kern, District 84, about the controversy that erupted in the House this year. It was important to hear her side of the story and not rely only on what was reported in the media.

We plan to participate in the National Day of Prayer and Reclaiming America for Christ which will be held on July 28-29.