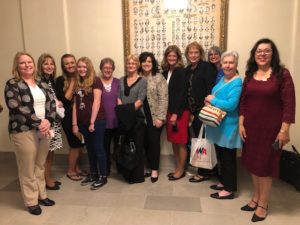 It was a very busy legislative session, and Concerned Women for America (CWA) of Missouri was active at the State Capitol representing your voice every week during the session. I want to thank CWA of Missouri’s legislative team, Alissa Johnson and Vicki Leuther, for accompanying me every week of the session advocating for public policy that will benefit the family and instill Biblical values in our culture.

As Christians, we have the Truth – the Bible – to tell us what is right and wrong. The Bible sets the standard – it is our guide. CWA of Missouri is active at the Capitol to interject God’s Biblical truths into public policy.

Pro-Life Victory!
The biggest news of the session was the passage of HB126, the Missouri Stands for the Unborn Act sponsored by Rep. Nick Schroer (R-O’Fallon). HB 126 passed the Senate on May 16, the House on May 17, and was signed into law by Gov. Mike Parson (Republican) on May 24! HB126 prohibits abortions after eight weeks and contains a prohibition of discriminatory abortions. It also requires both parents to be notified when a minor is seeking an abortion, expands the tax credits for crisis pregnancy centers, puts in state statute the “Late-Term Pain-Capable Unborn Child Protection Act,” and establishes Missouri as a sanctuary of life – banning abortions except for medical emergency when Roe v Wade is overturned.

We are proud to be the eighth state this year to pass stringent abortion bans.  Thanks be to God!

Here are other bills CWA of Missouri either actively worked on or watched during this session.

HB138, “Simon’s Law,” sponsored by Rep. Bill Kidd (R-Independence), requires one parent’s or guardian’s permission before a Do Not Resuscitate order is issued for a minor. HB138 was Truly Agreed and Finally Passed on May 13, having passed both the House and the Senate. CWA of Missouri supported the bill.

SCR3, sponsored by Sen. Ed Emery (R-Lamar), declares pornography a public health crisis. SCR3 passed the Senate in March. After a three-week delay of being assigned to a committee by the Speaker, SCR3 was assigned to the House Judiciary Committee. It passed the Judiciary Committee and then the Rules Committee and was placed on the House calendar but was not brought up for debate and vote before the end of the session. CWA of Missouri supported the bill.

SB382, sponsored by Sen. Ed Emery (R-Lamar), establishes the Safer Internet for Children Act. SB382 was heard and passed in Senate Committee. This is the first year for the bill. It will be filed next session again, and hopefully, make it through both the Senate and the House and to the Governor’s desk! CWA of Missouri supported the bill. 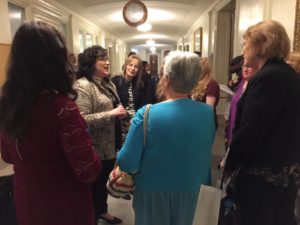 HB188, sponsored by Rep. Holly Rehder (R-Sikeston), would create a statewide Prescription Drug Monitoring Program. HB188 passed the House and was voted “do pass out” of Senate Committee. A threatened filibuster by the Conservative Caucus in the Senate kept it on the Senate Calendar without coming to a vote in the Senate. CWA of Missouri opposed the bill.

HB350, sponsored by Rep. Tom Hannegan (R-St. Charles), adds Sexual Orientation and Gender Identity to the Missouri Non-Discrimination Act. HB350 was heard in the House Committee on May 8.  Thankfully it was too late in the session for the bill to move forward. CWA of Missouri opposed the bill.

HB728, sponsored by Rep. Hardy Billington (R-Poplar Bluff), requires the name of the real party in interest to be named in civil actions involving the First Amendment. “Real party in interest” means no more anonymous lawsuits when it comes to religious liberty. HB728 passed the House and was heard in the Senate committee but was never brought up for a vote by the chairman. CWA of Missouri supported the bill.

HB577, sponsored by Rep. Dean Dohrman (R-Sedalia), requires public schools to display the national motto prominently in each school building. HB577 was heard in House committee on April 30, but the chairman never brought it up for a vote. Hopefully, it will be in the next session!  CWA of Missouri supported the bill.

SCR15, sponsored by Sen. Eric Burlison (R-Springfield), creates procedures for the appointment of commissioners to a convention called under Article V of the U.S. Constitution. SCR15 was heard and passed out of Senate committee and placed on the Senate Calendar but was never brought up for a debate and vote in the full Senate. CWA of Missouri is opposed to the calling of an Article V convention for proposing amendments to the U.S. Constitution. We were watching this and speaking with members of the Missouri General Assembly (MOGA) regarding the concerns in calling for such a convention. The MOGA did pass its call (SCR4) in 2017, but it has a five-year sunset clause, so we are working the issue hoping to kill any renewal of the call as the sunset provision approaches (2022.)

HB1006, sponsored by Rep. Holly Rehder (R-Sikeston), the bill prohibits public bodies from entering into certain contracts with companies/corporations who are active in the Boycott, Divest, and Sanction (BDS) movement against Israel.  HB1006 passed the House on May 13 and then was referred to the Senate, but the session ended before any action was taken in the Senate. CWA of Missouri supported the bill.

HB267, sponsored by Rep. Ben Baker (R-Joplin), allows school districts to offer elective social studies courses on the Hebrew Scriptures and the New Testament. HB267 passed the House and made it through the Senate committee but was not placed on the Senate calendar. CWA of Missouri supported the bill.

For a complete list of all the bills for the 2019 session, go to house.mo.gov and select the Legislation tab. You can search by subject or sponsor name. Click here for the bill list for the House and here for the Senate bill list.

Moving forward: We will now concentrate on holding meetings across Missouri educating Missourians on our core issues. If you would like us to come to speak at a meeting or host a meeting in your area, do not hesitate to contact me at 314-608-0168.