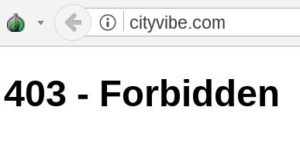 This week the Senate passed the House-passed Allow States and Victims to Fight Online Sex Trafficking Act of 2017 (FOSTA). We were apprehensive about the senate vote because Sen. Wyden (D-Oregon) has had a hold on this bill which prevented it from moving forward. Sen. Wyden, working with the tech industry, was planning to offer several amendments that would have drastically changed the bill and would have rendered it useless should they have been adopted. We worked with a pro-victim, anti-sex trafficking coalition to educate senators that these amendments were horrible and would significantly hurt the bill. The first amendment Sen. Wyden offered failed 2-97 and the second one was withdrawn, theoretically, because it would have suffered the same fate.

Sen. Wyden was one of the two senators to vote against final passage; the bill passed 97-2, and now the bill heads to the President’s desk to be signed. FOSTA provides survivors and law enforcement with new tools available to hold bad actor websites that are knowingly participating in sex trafficking accountable.

Less than 24 hours after the bill passed, “adult” “escort” websites like cityvibe have already shut down because they know this bill will hold them accountable for selling human beings online. The language in FOSTA not only allows prosecution of websites who knowingly traffic humans, but also allows prosecution of websites who knowingly facilitate prostitution. We all know that backpage is responsible for trafficking women and minors, but this bill is about more than shutting down backpage, it is about stopping the next backpage, and it is clearly working before it is even the law of the land.