By CWALAC StaffDecember 21, 2017Blog, News and Events, Sanctity of Life 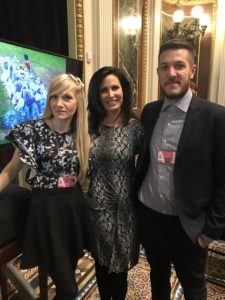 This past summer, the short but impactful life of one little boy in the United Kingdom (UK), Charlie Gard, captured the attention of the world. Charlie was born with a rare mitochondrial disease, and just shy of his first birthday, he was removed from life support against his parents’ wishes.

It was a lengthy legal battle between Charlie’s parents who desired treatment and the UK government who ruled he should be forcibly removed from life support. Much of the world, including Pope Francis and President Trump, expressed support for Charlie.

Concerned Women for America was also on the frontline of the U.S. support for Charlie and his parents. CWA, along with other pro-life organizations, organized a press conference at the National Press Club in D.C. urging the Great Ormond Street Hospital and the UK High Court to allow Charlie’s parents to pursue potential life-saving treatment. Penny’s speech at the press conference can be seen here and the full video can be seen here.

It seemed that the whole world was on Charlie’s side – the whole world except the hospital and the UK court system. Ultimately, Charlie was removed from life support, and his parents were not even allowed to take him home for his last moments here on earth.

Recently Penny Nance, CWA CEO and President, was invited to the White House for a meeting with Chris Gard and Connie Yates, Charlie’s parents. She had the opportunity to ask how each of us at CWA headquarters and each of you at home could best pray for them. They answered, “Pray for justice.”

Please join us in lifting up Chris, Connie, and the work they are doing to ensure no one else has to endure the pain they have been forced to endure through the loss of their baby at the hands of the government.