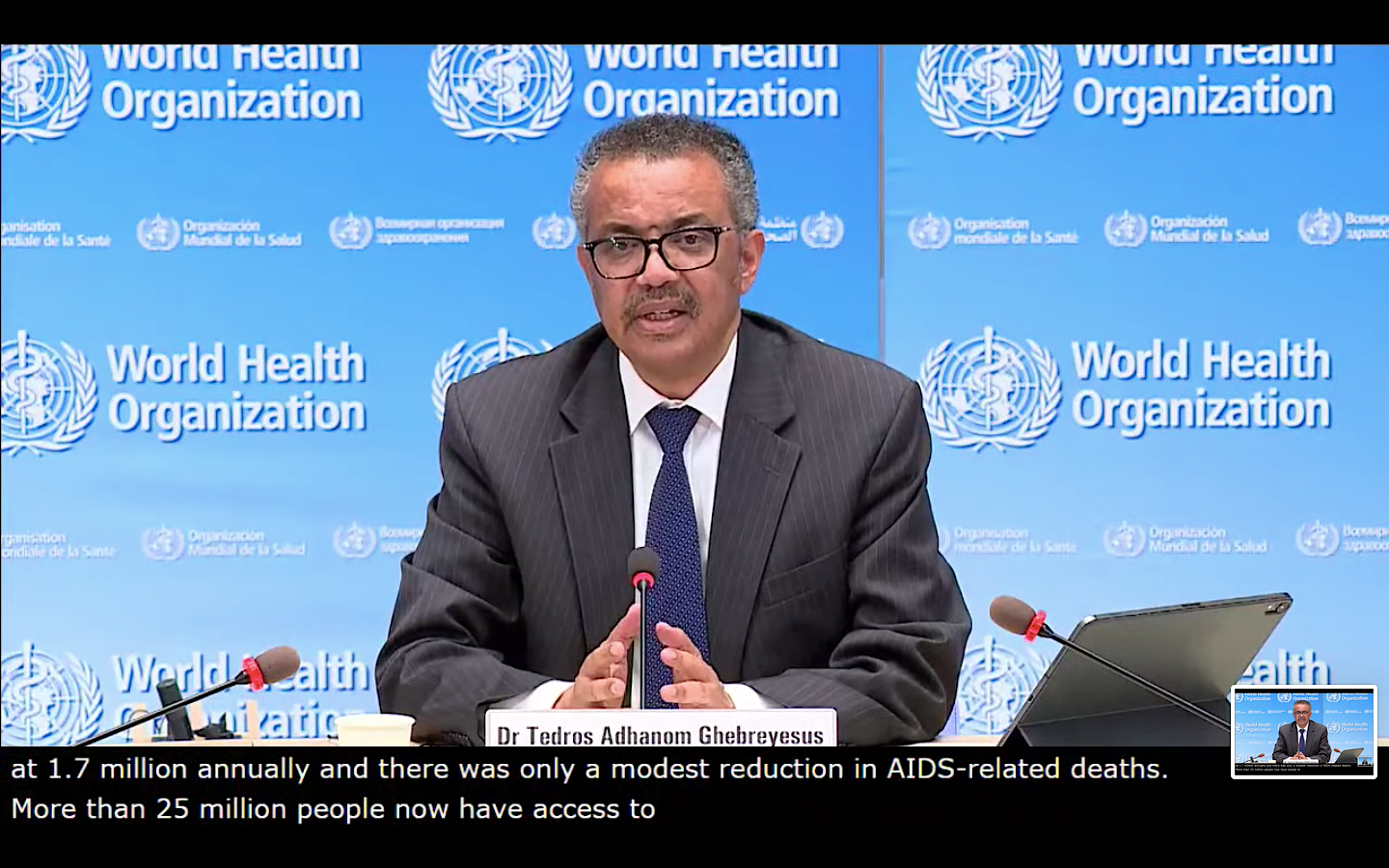 Figure 1: Dr Tedros Adhanom Ghebreyesus, Director-General of the World Health Organization (WHO) provides Coronavirus updates at the WHO daily press conference on June 7, 2020

By Jaelyn Morgan, Intern for Concerned Women for America’s Department of International Affairs

Rumors of withdrawal began in April, continuing up to President Donald Trump’s announcement for termination of the U.S. relationship with WHO on May 29, 2020. The withdrawal process will take about one year, making this November’s 2020 presidential election the determining factor for whether the U.S completes withdrawal or rejoins the WHO as an active Member State. In fact, Democratic presidential candidate Joe Biden tweeted that he would have the U.S. rejoin WHO on his first day as President.

As explained in a previous CWALAC article, the decision to defund WHO and terminate the bilateral relationship it shares with the U.S. is wholly justified under the principles of national sovereignty. Despite all its resources, WHO has not succeeded in preventing or slowing the spread of the COVID-19 pandemic and has acquiesced to China at the expense of other nations.

The recent interim report released by the Foreign Affairs Committee on the Origins of the COVID-19 Pandemic revealed the Chinese Communist Party deliberately covered up the Coronavirus. CWA’s Vice President of International Affairs, Dr. Shea Garrison, pointed out in April in the Daily Caller that the “Chinese government’s initial denial, secretly quashing warnings from Chinese medical personnel, and silencing whistleblowers, contributed to at least a 5-week delay in addressing the coronavirus.” In addition, she noted  “if the Chinese government had acted 3-weeks earlier, the number of early cases world-wide could have been reduced by 95%.”

WHO accommodated China’s faulty reports, directly violating International Health Regulations and obligations toward its Member States. The U.S. has the sovereign right to end its relationship with the WHO in light of their failure to do their job, especially since their shortcomings have directly resulted in an unchecked pandemic that continues to take American lives.

Despite this, Rep. Eliot L. Engel (D-New York), Chairman of the House Committee on Foreign Affairs, remains strongly against withdrawing from the WHO, stating, “Deflecting blame onto the WHO won’t reverse the administration’s mistakes or undo the suffering our country has endured.” Moreover, the U.S. continues to be a Member State of the WHO, though technically “inactive,” and continues to collaborate with the organization on multiple fronts for scientific, technical, and medical advances.

Both Democrat and Republican politicians have voiced dissent for U.S. withdrawal. In the New York Times, Rep. Will Hurd (R-Texas) wrote, “International coalitions are essential to fighting global challenges; we should be strengthening our alliances, not dismantling them.” This cautious approach was echoed by conservative leaders such as Brett D. Shaefer of the Heritage Foundation, who stated, “If the WHO does not reform, the U.S. may have no choice but to withdraw and seek to establish an alternative organization to address global pandemics…[but] Far better to try to rally support for reforming the World Health Organization first, even if it takes longer than 30 days.”

Additionally, PEW Research Center discovered that Americans were split along party lines in their perception of the WHO’s handling of the Coronavirus. Fifty-one percent of Republican or Republican leaning citizens rated WHO’s handling of the virus as “only fair/poor,” with 28% calling it “Good/excellent.” In contrast, Democrat or Democratic learning citizens rated WHO with 36% “only fair/poor” and 62% “good/excellent.”

Debates concerning the legal viability of a withdrawal have been highly contested, and rightly so. According to the 1948 act of Congress, the U.S. needs to give a one-year notice before officially withdrawing from the WHO and must fulfill any financial obligations for “the Organization’s current fiscal year.” However, Congress did not specifically appropriate funds to WHO in their Further Consolidated Appropriations Act (2020), causing some to argue that there is leeway for the President’s discretion on how to spend appropriations toward international organizations. Yet, the U.S. House of Representatives Committee on Appropriations just released an appropriation of $200 million for WHO for the upcoming 2021 fiscal year. This conflicting legislation demonstrates America’s internal division over the issue of withdrawing from WHO.

There are also legitimate concerns that withdrawing from WHO will be harmful for global health aid, vaccine research, and the sharing of international medical information. However, the U.S. continues to “lead the Global Response to COVID-19,”  and, as of June 26, the U.S. has pledged international COVID-19 relief aid upwards of $1 billion. For the U.S., continuing to provide personalized aid to developing nations will not be hindered by this withdrawal.

In regard to the other objections, a proposition to create a pandemic prevention organization based in the United States is already underway. On May 21, Sen. James Risch (R-Idaho) introduced S. 3829, a bill known as the Global Health Security and Diplomacy Act of 2020 (GHSDA). This bill had its first senate hearing on June 18 and continues to progress through the legislative process this year. Among numerous provisions, GHSDA will “advance global health security and diplomacy objectives” and empower countries to respond to infectious diseases before they become pandemics. The bill enables the United States to develop a comprehensive, inter-agency strategy toward these objectives, establishes a method of membership for other nations, and creates a Trust Fund for Global Health Security to finance international aid, research, and development.

Effective withdrawal from the World Health Organization will take time. Creating an alternative organization to the WHO will also take time. However, great work is being done to accomplish both objectives. The U.S continues to set the standard for international COVID-19 relief. Moreover, the U.S. adheres to International Health Regulations and respects the national sovereignty of other nations, items the WHO has demonstrably disregarded for the sake of its political agenda. As Elyssa Koren from Alliance Defending Freedom International stated in Newsweek, “Why go through the WHO, when the U.S. can award assistance itself, thereby increasing its sphere of influence?”

The 2020 U.S. presidential election is critical in determining the future course of this action. Who we vote for matters. Although, multiple considerations contribute toward deciding for whom one will vote, funding and participating with the World Health Organization should be a key consideration. Will we continue to work with the corrupted, politicized World Health Organization, or will we invest in an alternative solution that values transparency, efficacy, and national sovereignty?

May we vote wisely, never losing sight of American values and never compromising such values to cooperate with international bodies who disregard them. 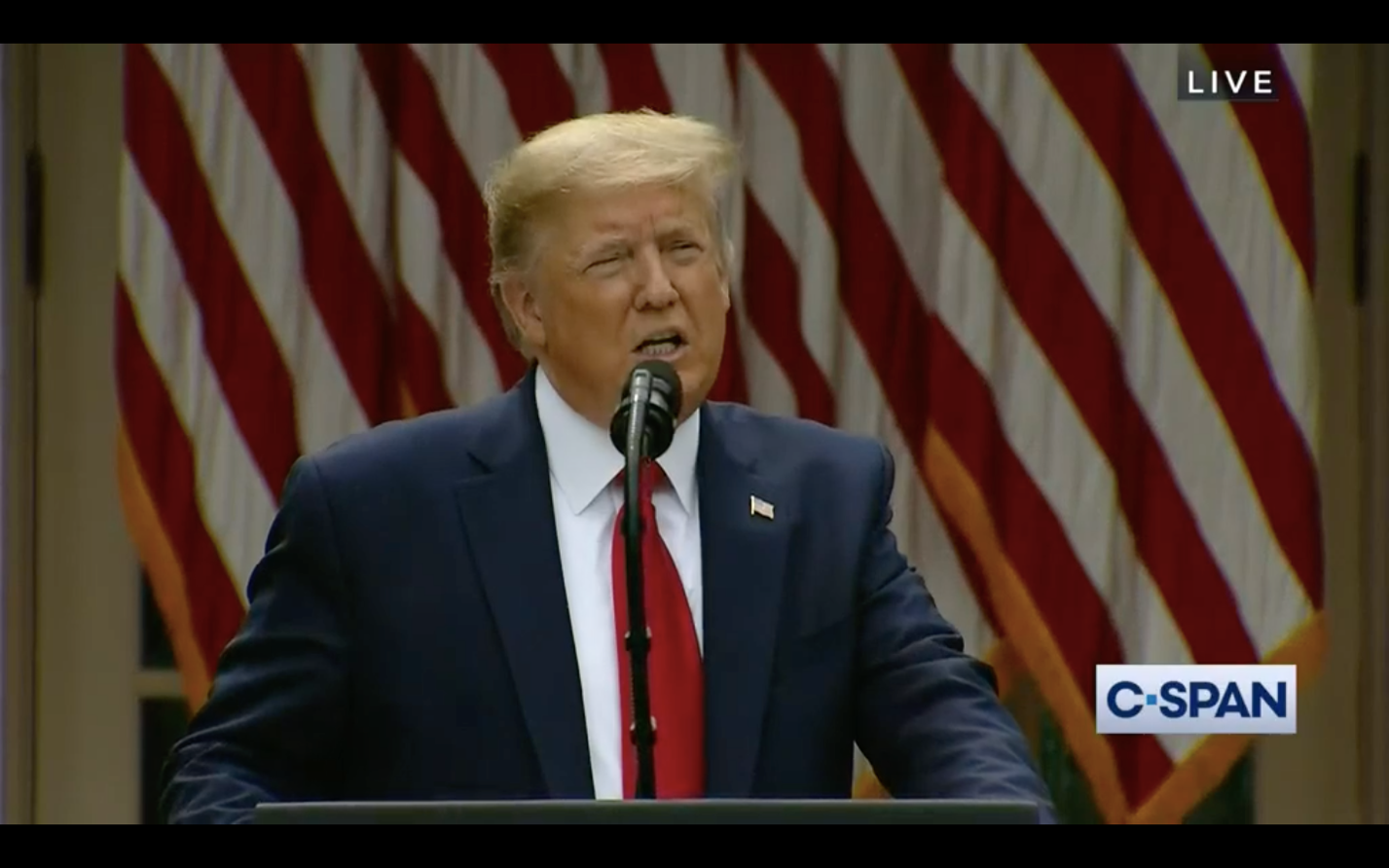 Wall Street Journal could not have phrased it any better, “What good is a global health agency that won’t tell the truth about a pandemic?”[1] Yet, controversy still surrounds the recent announcement made by President Trump to defund the World Health Organization (WHO) due to its untimely and China-biased response to COVID-19. Some say the reaction is extreme. Others claim WHO is corrupted beyond repair. The question remains: is this policy worth supporting? Or is the U.S. withdrawing from an organization at the time the world needs it the most?

The World Health Organization is a branch of the United Nations responsible for communicating internationally relevant medical information to its Member States all across the globe. In light of their failure to properly convey information about the Coronavirus, it is no wonder the Trump Administration decided to write it off. On April 15, 2020, the White House released a fact sheet containing specific accusations of misconduct against WHO, criticizing the organization for its slow response to the Coronavirus and calling it to engage in total structural reform to ensure transparency, data sharing, accountability, and impartiality.[2]

On May 29, 2020, President Trump officially announced that the U.S. would terminate its relationship with WHO and redirect U.S. annual funding of $450 million dollars to “other worldwide and deserving, urgent, global public health needs.”[3] Justification for this measure was China’s “total control over World Health Organization,” and consequent action to “[pressure] the World Health Organization to mislead the world when the [Coronavirus] was first discovered by Chinese authorities.” The ensuing weeks resulted in a mixed reaction from both sides of the political aisle. However, this wakeup call toward WHO might not only have been necessary, but inevitable.

The political nature of a global entity makes it extremely difficult, if not impossible, to make any “neutral” decisions. Even WHO’s objectively “good” goal of “building a better, healthier future for people all over the world,”[4] does not make it a completely neutral entity which promotes what is best for humankind. Why? Each nation represented in WHO comes from a complex socio-cultural background with their own worldview and priorities. These worldviews inevitably clash due to significant variations in what each perceives as real, good, or best.

The World Health Organization is biased on many of its policies and recommendations. For example, a central aspect of WHO’s reproductive health initiative is the promotion and facilitation of abortion services. This objective is cleverly disguised under rhetoric advocating for “women’s rights” on the grounds of “realizing a women’s right to decide the spacing and timing of her children.”[5] Yet, this failure toward neutrality is exposed in its complete disregard for the pro-life argument against abortion on the grounds that it violates the human rights of an unborn child. WHO’s Reproductive Health Strategy explicitly states that “urgent actions are needed … to the extent allowed by law, provision of safe abortion services … [and] providing abortion services at primary health care level.”[6] Again, their progressive healthcare agenda is revealed in the claim that “access to safe, legal abortion is a critical reproductive healthcare service.”[7]

In addition, WHO’s explicitly progressive goal of advancing abortion across the globe demonstrates its profound lack of understanding and respect for national sovereignty. Their one-sided agenda reveals bias against nations who are culturally pro-life, as their publications demonstrate that WHO views such nations as oppressive entities which must provide “safe abortion” services to show that they support women.

For the United States, defunding the World Health Organization and using the funds to help other like-minded entities instead is a good decision. If an organization such as WHO cannot be neutral, there is no sense in funding it, especially since it has become clear that WHO has been acquiescing to the Chinese Communist Party at the expense of the health and well-being of other nations. The United States does, and hopefully always will, stand for democracy, freedom, and national sovereignty. This can be accomplished by withdrawing from WHO and determining as a nation which like-minded organizations we ought to support amid this worldwide pandemic.

[4] “About WHO,” World Health Organization, https://www.who.int/about.

[6] World Health Organization, Department of Reproductive Health and Research, “Reproductive health strategy to accelerate progress towards the attainment of international development goals and targets,” May, 2004, https://apps.who.int/iris/bitstream/handle/10665/68754/WHO_RHR_04.8.pdf.