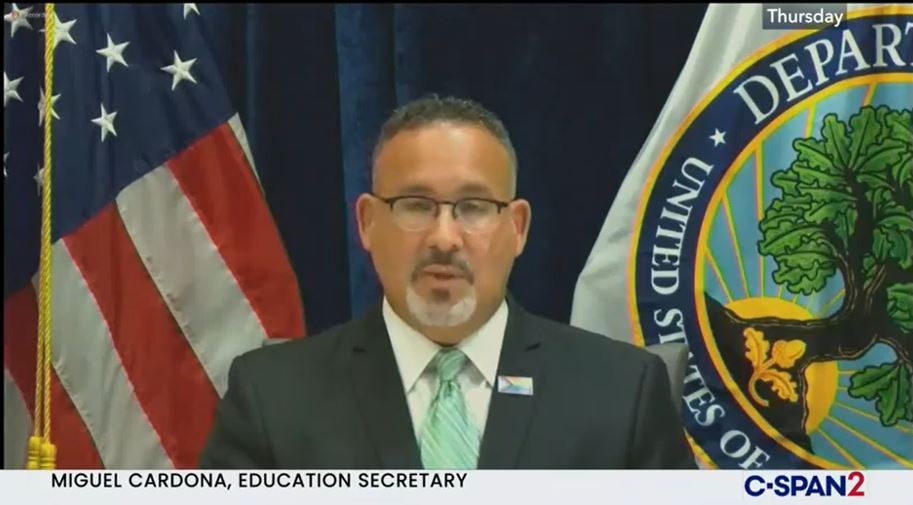 Nance calls on the Secretary of Education to resign.

Penny Nance, Concerned Women for America’s CEO and President, joined conservative leaders calling on U.S. Secretary of Education Miguel Cardona to resign, citing revelations from a Freedom of Information Act request uncovering his personal involvement in the National School Boards Association letter that prompted the Attorney General of the United States to issue a directive to law enforcement against parents speaking up at school board meetings.

“Secretary Cardona’s involvement in the conception of this letter is especially alarming considering that it was subsequently used by the Department of Justice to legitimize a new initiative cracking down on vaguely defined ‘threats’ to school boards — and threatening the First Amendment rights of parents to speak freely and petition their government.”