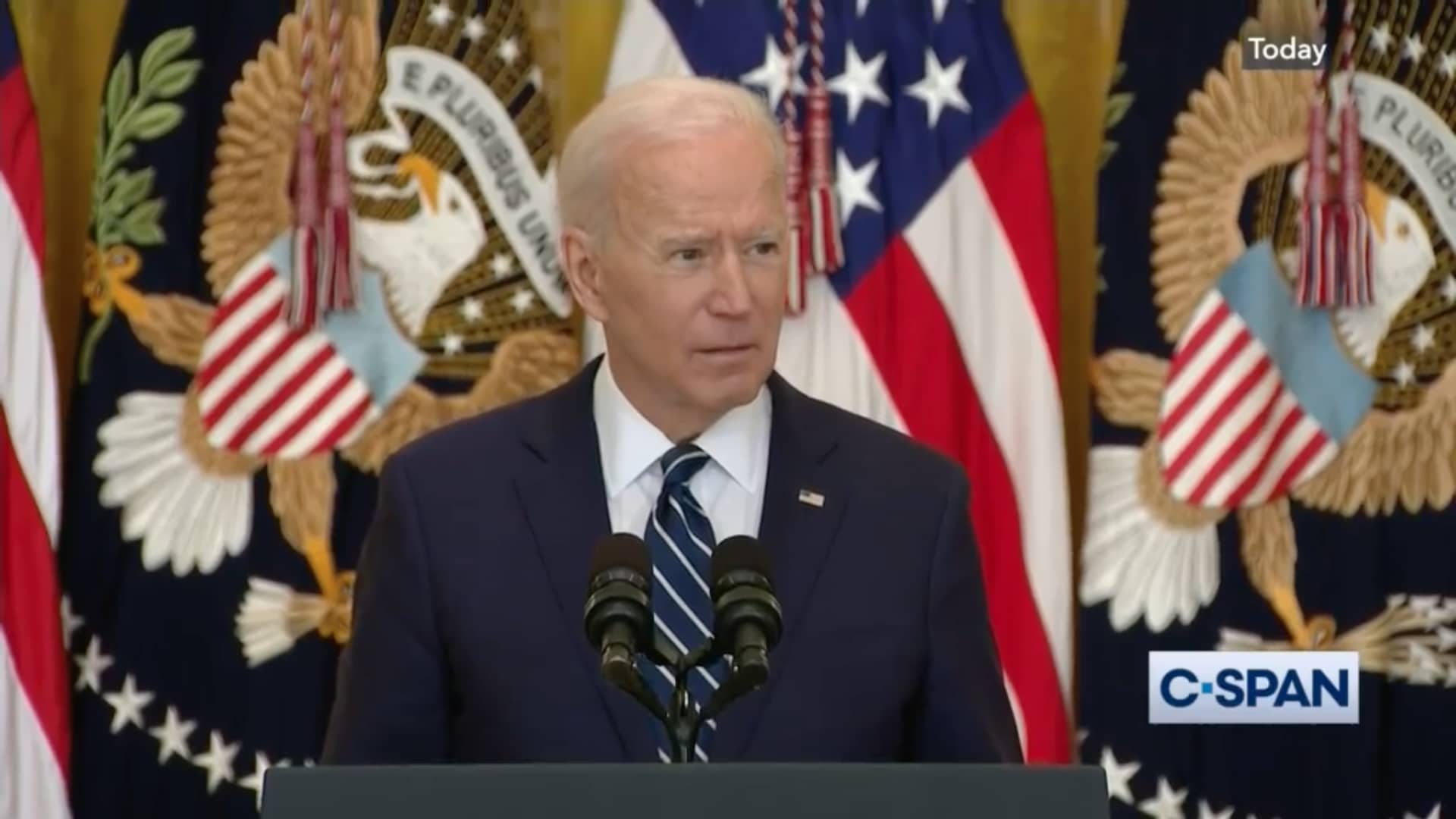 We Must Fight Media Bias

I take the opportunity to write to you today about media bias (1) because of a recent D.C. Circuit Court opinion that highlights the issue in a compelling way, but (2) because we simply cannot grow tired of fighting this menace at every turn.

Surely, it is incredibly frustrating, and at times we get tired of the proverbial deck being stacked against us. Still, I encourage you to remain diligent in exposing the press’s blatant bias every chance you get. Many around us are still clueless about it!

I write to you from my office in D.C. having finished watching President Joe Biden’s first press conference since taking office. Wow! The transformation of the Trump White House Press Corps to the Biden one is astronomical. Here is the second questioner of the day, Yamiche Alcindor from the taxpayer-funded PBS:

Thanks so much, Mr. President. Ahm, you’ve said over and over again that immigrants shouldn’t come to this country right now; this isn’t the time to come. That message is not being received. Instead, the perception of you, that got you elected as a moral, decent man, is the reason why a lot of immigrants are coming to this country and trusting you with unaccompanied minors. How do you resolve that tension?


I almost spit my coffee out laughing. The bias is plain for all to see, so let us continue to expose it and not grow tired or cynical as we shine a light on the problems we face.

Judge Laurence Silberman of the D.C. Circuit Court recently penned a significant dissent in which he took the time to state the obvious, but it is vital for him to take the time to do it, and we can learn from his bold approach. I want to highlight some extensive passages from his dissenting opinion in Tah v. Global Witness Publishing, Inc.

The case was a libel suit that allowed Judge Silberman to touch on the fact that most of the media is an extended arm of the Democratic Party:

Although the bias against the Republican Party—not just controversial individuals—is rather shocking today, this is not new; it is a long-term, secular trend going back at least to the ’70s.[] (I do not mean to defend or criticize the behavior of any particular politician). Two of the three most influential papers (at least historically), The New York Times and The Washington Post, are virtually Democratic Party broadsheets. And the news section of The Wall Street Journal leans in the same direction. The orientation of these three papers is followed by The Associated Press and most large papers across the country (such as the Los Angeles Times, Miami Herald, and Boston Globe). Nearly all television—network and cable—is a Democratic Party trumpet. Even the government-supported National Public Radio follows along.

He also touched on the fact that Big Tech is part of this problem:

As has become apparent, Silicon Valley also has an enormous influence over the distribution of news. And it similarly filters news delivery in ways favorable to the Democratic Party.

It is well-accepted that viewpoint discrimination “raises the specter that the Government may effectively drive certain ideas or viewpoints from the marketplace.” R.A.V. v. City of St. Paul, Minn.[] But ideological homogeneity in the media—or in the channels of information distribution—risks repressing certain ideas from the public consciousness just as surely as if access were restricted by the government.

He also noted the efforts to silence even the very few conservative voices in media that there are:

To be sure, there are a few notable exceptions to Democratic Party ideological control: Fox News, The New York Post, and The Wall Street Journal’s editorial page.[] It should be sobering for those concerned about news bias that these institutions are controlled by a single man and his son. Will a lone holdout remain in what is otherwise a frighteningly orthodox media culture? After all, there are serious efforts to muzzle Fox News. And although upstart (mainly online) conservative networks have emerged in recent years, their visibility has been decidedly curtailed by Social Media, either by direct bans or content-based censorship.

Finally, he notes the dangerous relationship that a media invested in protecting a political party in power presents:

It should be borne in mind that the first step taken by any potential authoritarian or dictatorial regime is to gain control of communications, particularly the delivery of news. It is fair to conclude, therefore, that one-party control of the press and media is a threat to a viable democracy. It may even give rise to countervailing extremism. The First Amendment guarantees a free press to foster a vibrant trade in ideas. But a biased press can distort the marketplace. And when the media has proven its willingness—if not eagerness—to so distort, it is a profound mistake to stand by unjustified legal rules that serve only to enhance the press’ power.

I highlight for you as a conclusion the judge’s last footnote, where he notes one of the root causes of the media crisis we face: “The reasons for press bias are too complicated to address here. But they surely relate to bias at academic institutions.”

He is right. And we, as freedom-loving Americans, must not be overwhelmed by the magnitude of the task. We must embrace the challenge to take back our institutions—one step at a time.