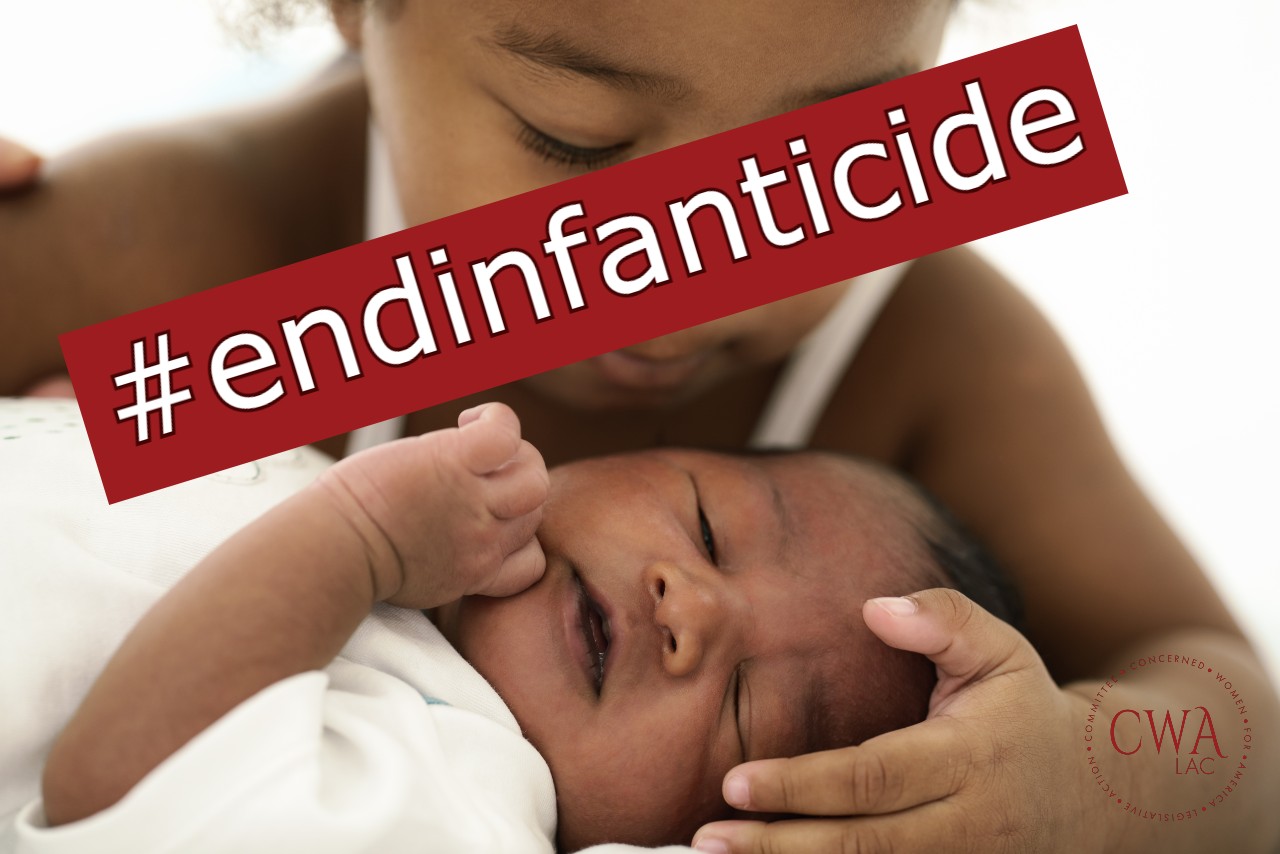 Join CWA in your support for life by contacting your Representatives today using this link and urging them to sign the discharge petition in support of the Born Alive Abortion Survivors Protection Act.

Eighty! That’s how many times House Republicans have asked Speaker Pelosi to bring  the Born Alive Abortion Survivor’s Protection Act up for a vote on the House floor. #LetUsVote and #EndInfanticide have been the social media rallying cry for supporters seeking to protect the unborn – and the born.

This bill, H.R. 962, merely requires, under criminal penalty, that medical professionals provide the same standard of care to a baby born alive after an attempted abortion that they would provide any other child born at the same gestational age. Doctors who allow babies to die without such care are committing nothing short of infanticide. Many Americans were horrified by the words of Virginia Governor Ralph Northam early this year who made statements on a public radio broadcast defending the practice of neglecting a baby born alive in order to end her life.

Eighty-two percent of Americans support this legislation, including 77% who identify as pro-choice – yet Speaker Pelosi continues to block this potentially life-saving legislation. So far, we have 201 signatures on the House discharge petition, a way to force a bill to the floor that is otherwise being blocked by the Speaker. We need a simple majority of the House of Representatives (218) to  sign this petition. We are currently 17 signatures short of the number needed to trigger a vote. Meanwhile, members keep asking for unanimous consent to bring the bill to the floor for a vote every day they are in session.

The House and Senate are now in recess for the next six weeks, meaning your representatives will be home holding town halls and going to events to listen to the concerns of their constituents. We are working hard to bring the Born Alive bill to the floor for a vote, but we need your help. If your representative has not signed the discharge petition, go to one of their town halls this August and ask them why they have not signed it. To find out if your representative is holding a town hall near you, visit their website and look for events or call their office and ask if they are holding a town hall in August.

Also, join us on Monday, August 5, on Twitter from 10:00 a.m.-12:00 p.m. EST for a Tweetfest where we will talk about the Born Alive Abortion Survivors Protection Act and why it is so necessary. Tweet @ your representatives (click here to find their official Twitter handle) and ask them to sign. Tweet at @SpeakerPelosi and tell her you want this bill on the floor for a vote. Use the hashtags #LetUsVote and #EndInfanticide and make sure you’re following CWA LAC’s official Twitter account, @CWforA, and retweet our tweets and tag us in your tweets so we can retweet you, too!

Thank you for partnering with us to keep pressure on Congress to end infanticide.