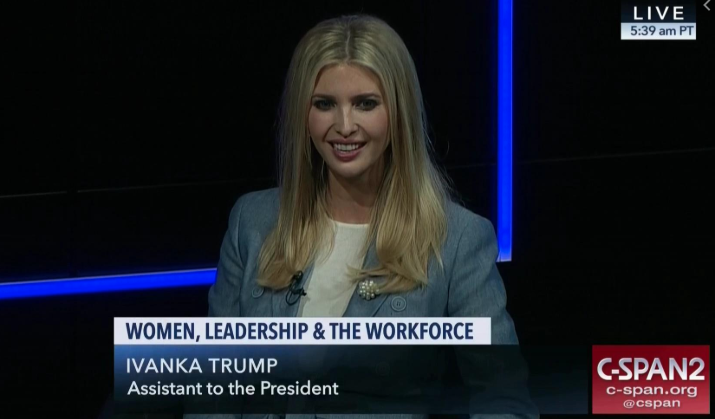 “A  recent article in the Los Angeles Times criticizes Advisor to the President Ivanka Trump for working to empower women in the global economy. Trump, a 37-year old businesswoman and entrepreneur (with a degree from the Wharton School of Business), leads the Women’s Global Development and Prosperity Initiative (W-GDP), the first comprehensive “all of government” initiative to help women and girls in developing countries overcome barriers to economic participation and maximize their potential.

Filled with uninformed condescension and sexist statements, the article questions Trump’s role as an advisor and a leader of U.S. development assistance. In actuality, the biased article fails to acknowledge that Ivanka Trump is the first leader within a U.S. administration to effectively focus on what she calls the “most underutilized resource” in the developing world — the power and genius of women. For those of us who have worked in the world of women’s economic empowerment and have seen the dynamic and lasting change it can bring to families and communities, her efforts in this arena are greatly appreciated.

In light of pervasive global poverty and income inequality, Trump’s desire to cultivate women’s full economic potential hits on two excellent points: First, that sustainable development uses a holistic approach to increase the capability and participation of all people in the community — instead of just focusing on the “end goal” of economic growth; and second, that development aid has historically included what Nobel Prize-winning economist Amartya Sen called the “extensive neglect of the interests and agency of women.””