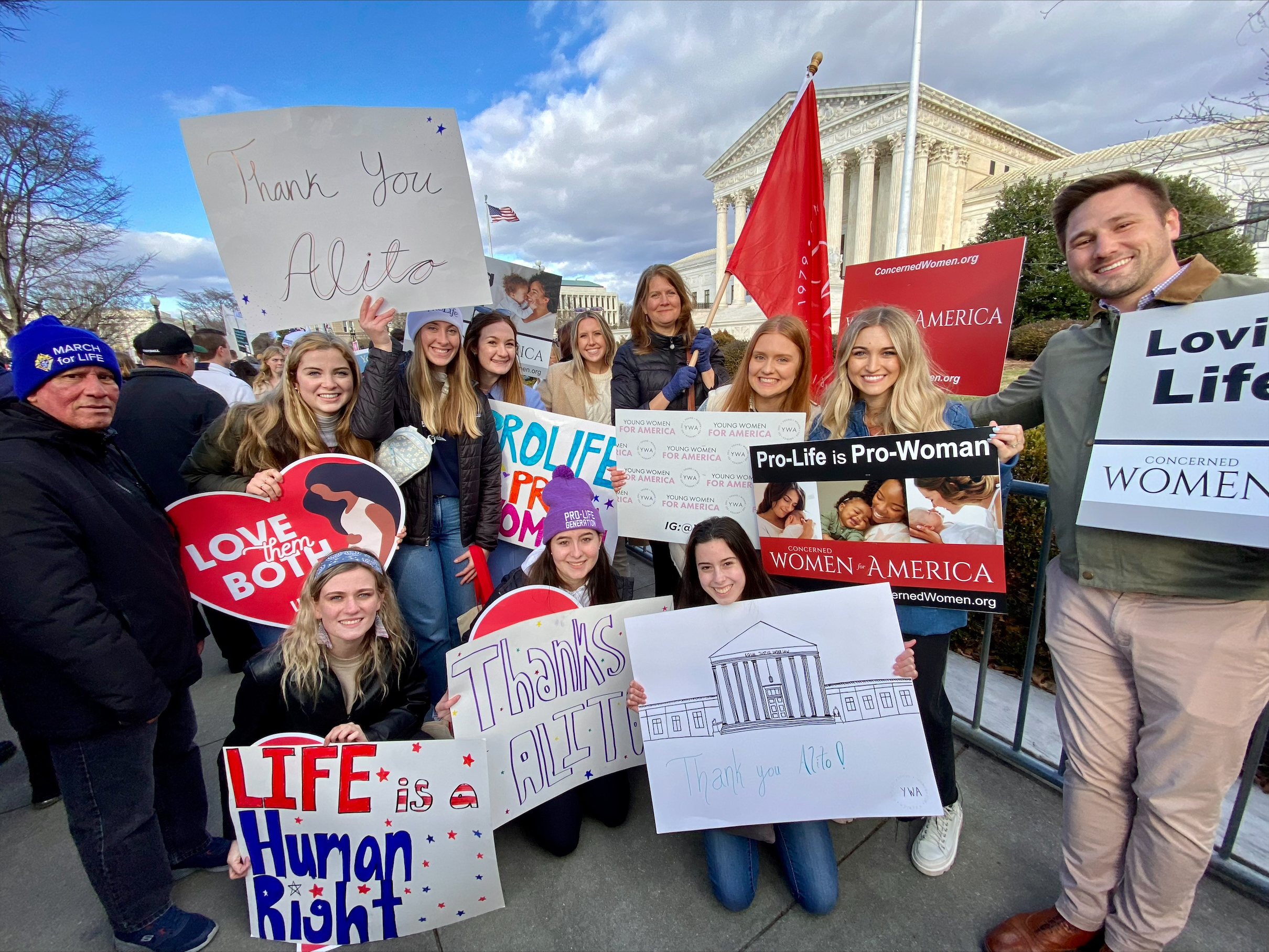 By CWA Communications Team | News and Events, Sanctity of Life | No Comments 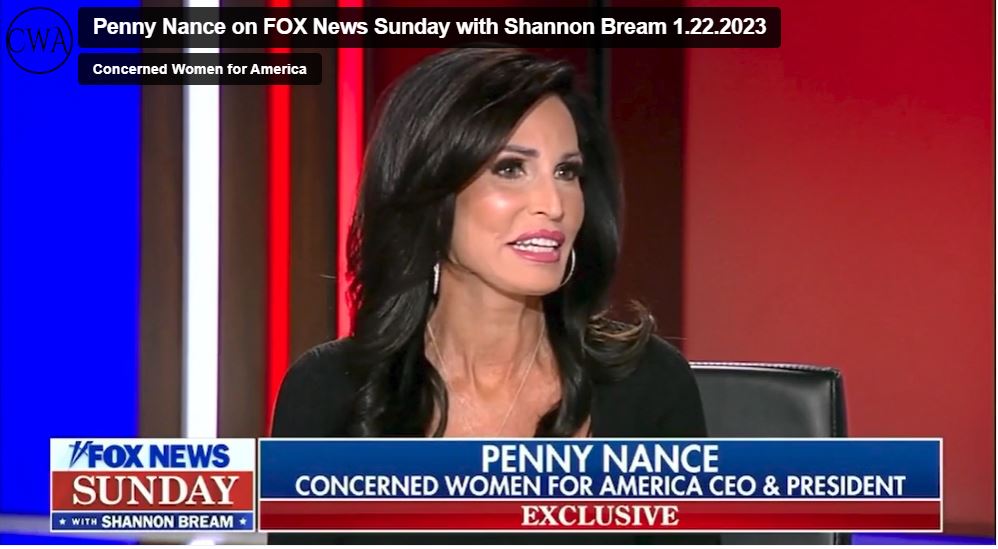 CWA’s Director of Government Relations Alexandra McPhee joined host Tia Mitchell of Washington Journal about the 50th Anniversary of the Roe v. Wade decision, the overturn of Roe in Dobbs v. Jackson Women’s Health Organization, and the future of the pro-life movement. 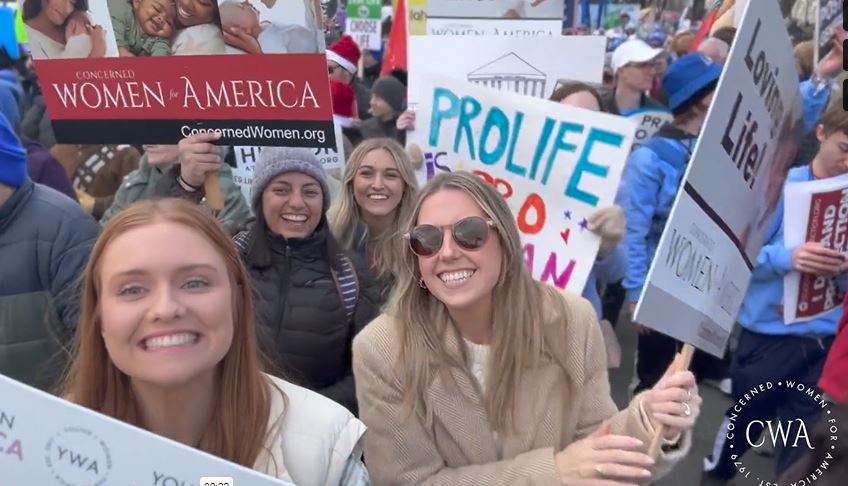 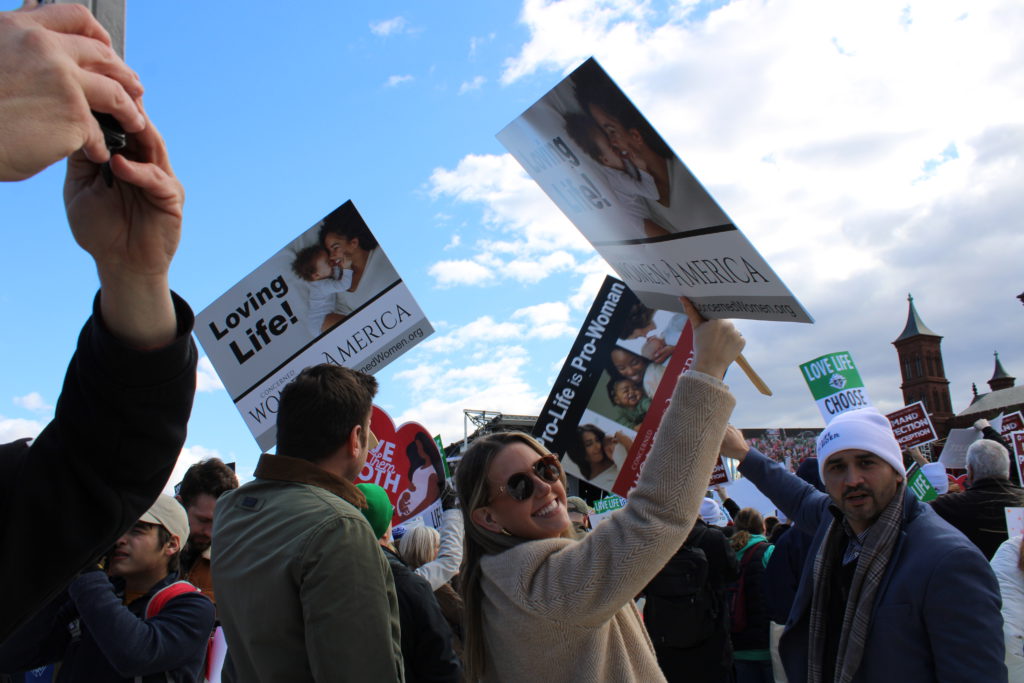 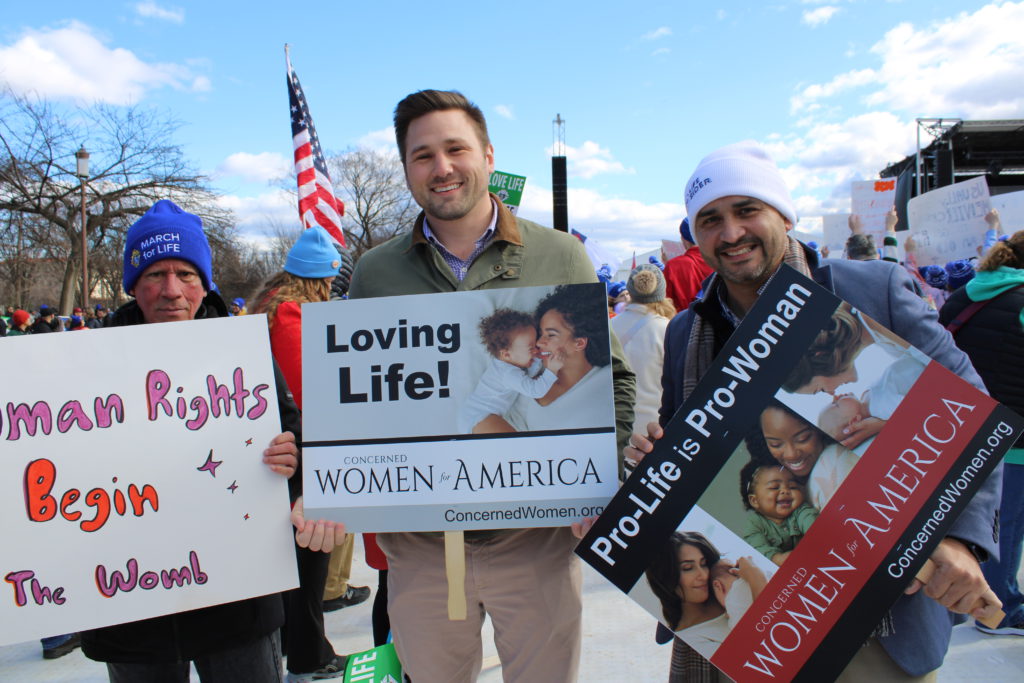 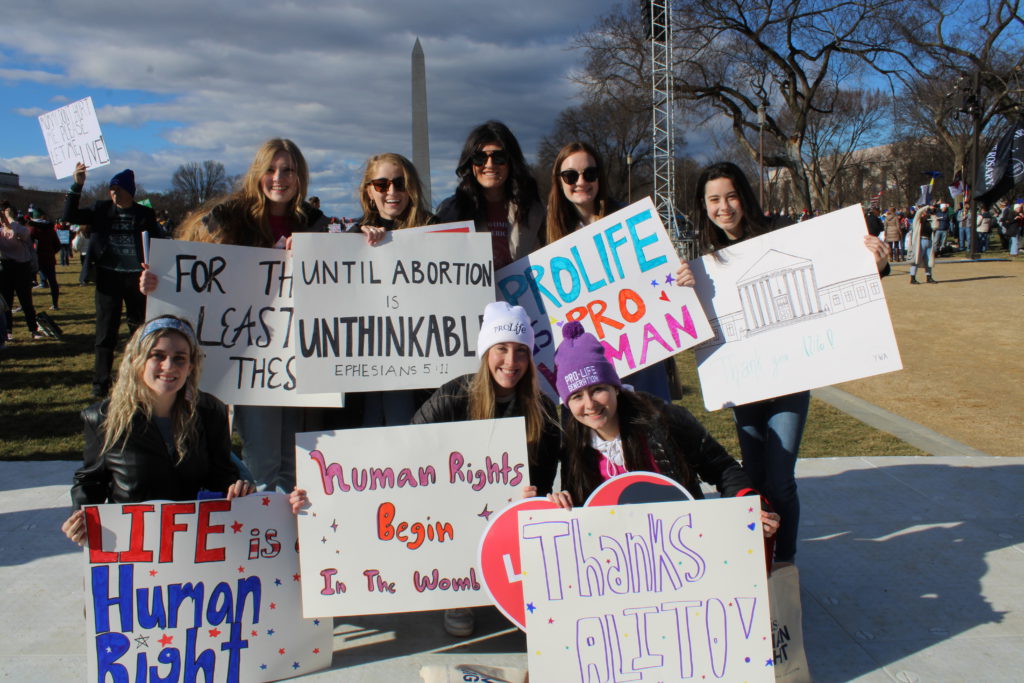 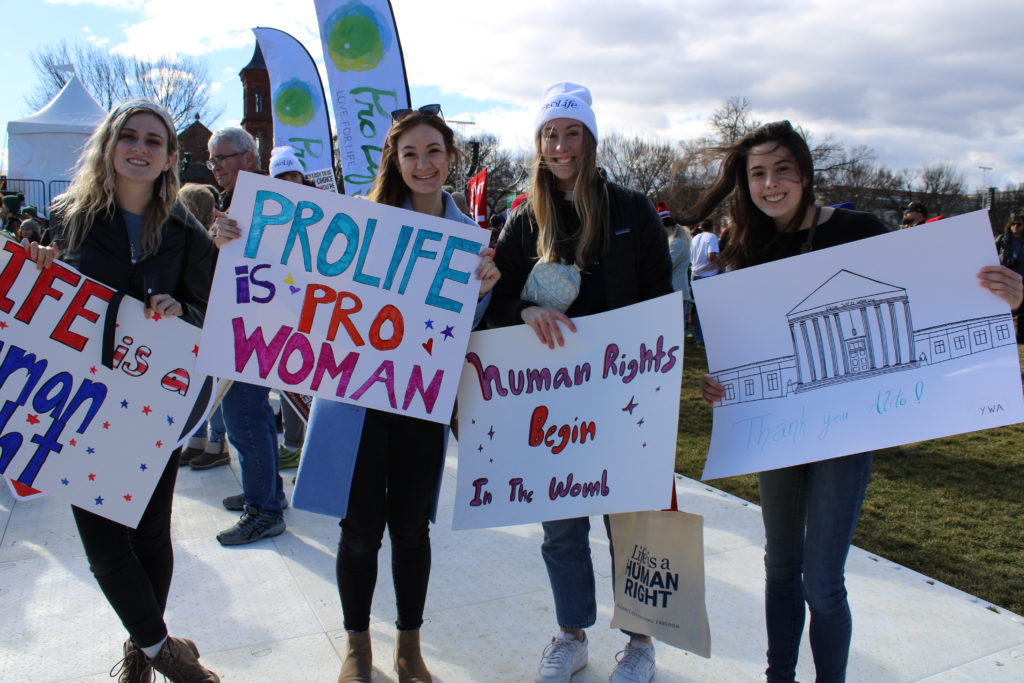 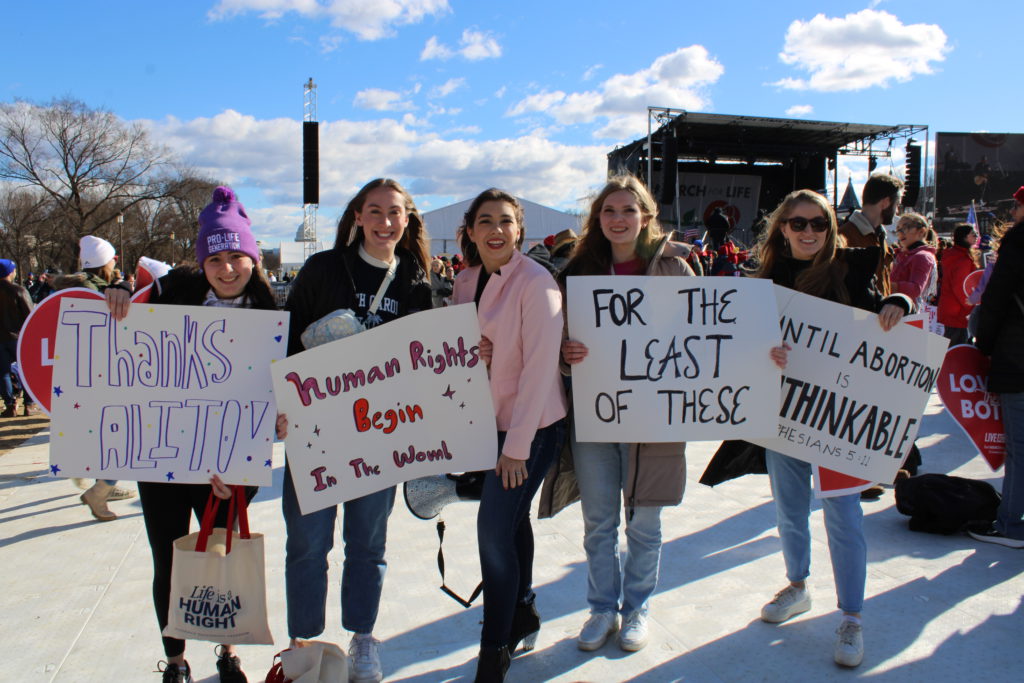 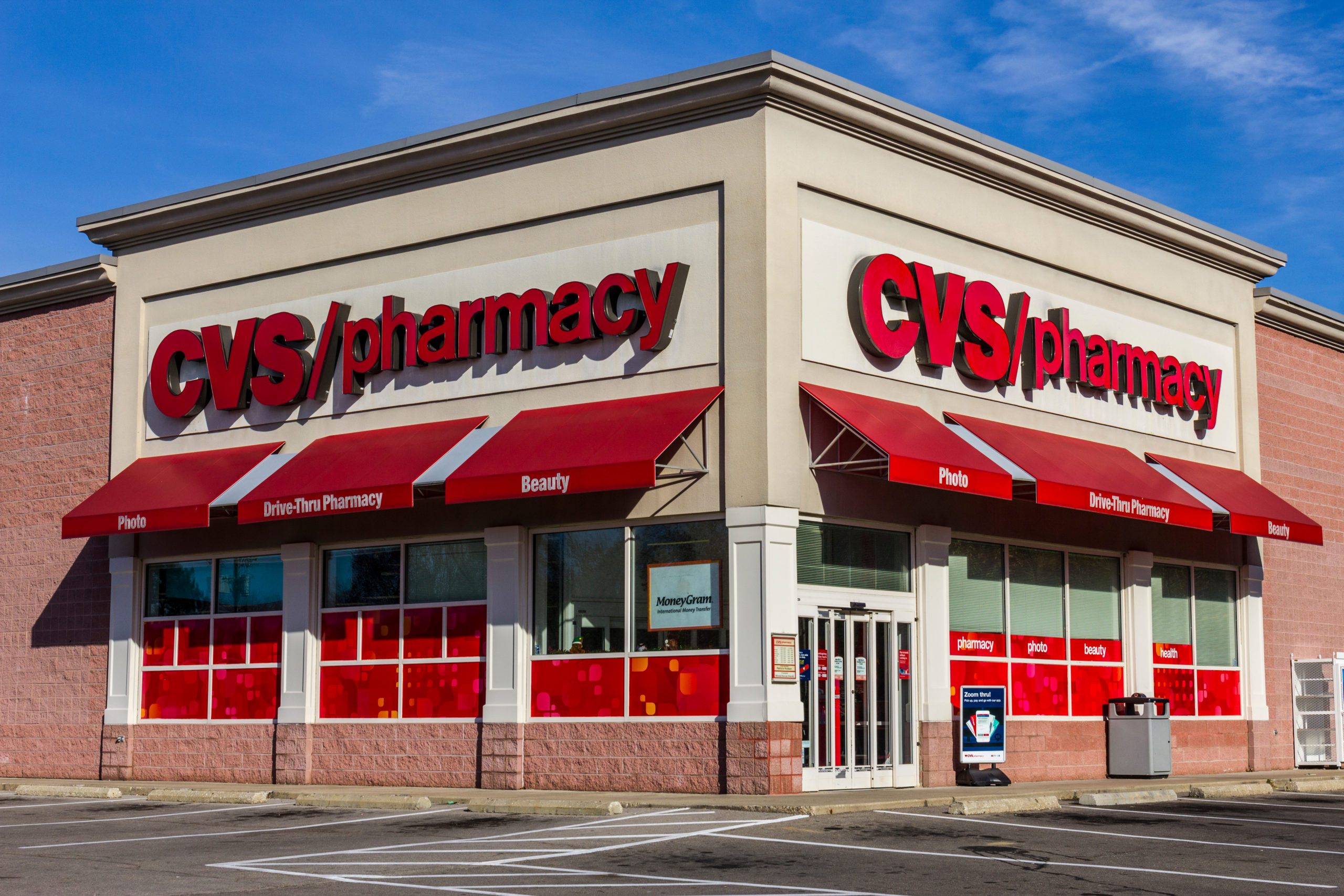 Concerned Women for America cosigned a letter to Walgreens and CVS regarding the recent changes by the government to allow pharmacies to dispense chemical abortion. CVS and Walgreens announced their plans to seek certification to stock and fulfill prescriptions for mifepristone (the first part of a two-part regimen to complete a chemical abortion). The letter outlines a long list of potential legal, policy, media, and cultural concerns these pharmacies should consider when deciding on becoming abortion businesses.

Read letters to Walgreens and CVS. 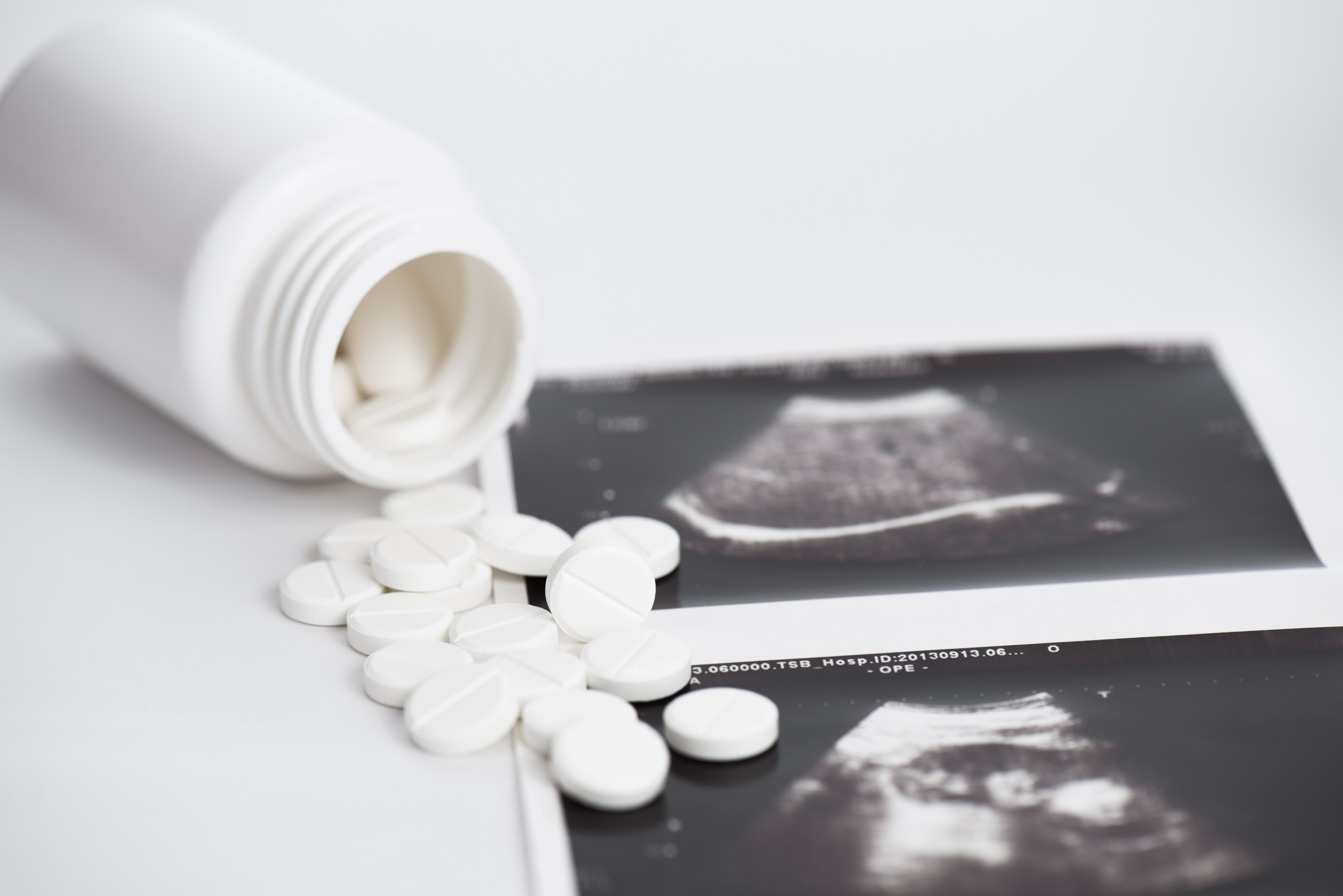 Today, Penny Nance joined leading medical and prolife groups urging the FDA to remove the abortion pill, mifepristone, immediately from the U.S. market for its imminent danger to women after a federal judge ruled to circumvent the drug’s critical safety requirements to provide easy access during the coronavirus pandemic.

In their letter to Commission Hahn,  the leaders warn:

“This rogue judicial activism is a gross breach of the separation of powers, undermining the FDA’s statutory authority to regulate drug safety, while recklessly endangering American women and preborn children. The FDA must fight back.”

Full text of the letter can be found here. By Lindsey Hudson | Blog, Legal, News and Events, Sanctity of Life | No Comments

Concerned Women for America (CWA) ­­is dismayed by the U.S. Supreme Court’s 5-4 decision this week in June Medical Services v. Russo. The decision is not a ruling involving the constitutionality of abortion, but rather about upholding protective health codes and guidelines for women receiving medical procedures involving abortion. Unfortunately, in this case, the highest Court again turned its back on protecting life and protecting women.

In 2014, Louisiana State Senator Katrina Jackson, a Democrat, took a stand to protect women’s health relating to abortion procedures by sponsoring Louisiana Law 620, the Unsafe Abortion Protection Act. The state law ensured safety for women receiving abortions by requiring abortion providers to have admitting privileges at a hospital within 30 miles. The law safeguards women during medical procedures in case of emergencies, as well as aligns with medical protocol required for the rest of the state. Unfortunately, the Supreme Court’s ruling declared the law “unconstitutional” as an “undue burden” on abortion and failed the citizens of Louisiana who believe in the importance of guarding women’s health and safety.

State Senator Jackson vowed to protect against “shoddy medical care … There is no dispute in the medical community about the known complications of abortion, such as hemorrhage, uterine perforation and incomplete abortion … Every complication can become serious and have the potential to change the course of a woman’s life by endangering her reproductive health.”

She went on to state, “While abortion is legally protected, abortion facilities should have the same health standards as the rest of the medical profession. Why should we settle for lower standards for women, especially when women are often coerced or abandoned to the trauma of abortion? I am pro-woman and pro-life.”

U.S. Congressman Dr. Roger Marshall (R-Kansas) had this to say:

“I am frustrated and angered by today’s Supreme Court ruling. As an OB/GYN of 25 years, I have personally cared for women in emergency situations after they were driving home from a botched abortion … It is necessary to require abortion clinics to comply with basic regulations protecting these women. Beyond the obvious tragedy of abortion, today’s ruling will put the lives and direct health of women at risk. A shameful and wrong decision.”

Instead of affirming a state’s right to regulate against such egregious violations, the Court majority chose instead to fail women by refusing to allow states like Louisiana to regulate abortion in the same way it regulates other medical procedures. This ruling extends the bad Supreme Court precedent that only guarantees future court fights over state laws.  Rest assured that CWA will be there rallying for the pro-woman, pro-life cause, and against the misguided abortion “carve-outs” that continue to be perpetuated by the Court.

Lindsey Hudson is a CWA 2020 Intern for our Government Relations Dept.