H.R. 5, the “Equality Act,” passed out of the House on February 25, and will now be considered by the Senate. The “Equality Act” overrules the truth about being created male and female and must be stopped.

The Equality Act’s unverifiable and unscientific attempt to address discrimination by elevating protections for certain groups on the basis of “gender identity” is a direct threat against every woman in America. Its effects are nothing less than extreme, far-reaching, and uncontainable. It is clear that advocates are not interested in taking these dangerous threats seriously and have no answers to the inherent conflict that elevating perception above scientific, biological reality will impose on the rights of 51% of the U.S. population—women.

Please join CWA in this effort! Click the action button below to email, tweet, or call your U.S. Senator to urge him or her to oppose the “Equality Act.”

Democrats in Congress are determined to resurrect the Equal Rights Amendment even after a recent decision by the federal DC District Court declared ratification dead. Aggressive action is still fueling this decades-old fight, and the truth of the modern ERA agenda needs to be exposed. Our U.S. Senators need to be reminded the ERA is over.

The pro-ERA Coalition has made it clear that the ERA is no longer about equal rights for all women or about upholding the status of women as female: “While the effort to amend the constitution to include sex equality began nearly a century ago, our renewed efforts are centered on Black, Indigenous and Women of Color, gender-nonconforming and transgender women and girls, and nonbinary people– those who are most impacted by systemic inequities.”

Please join CWA in this effort! Click the action button below to email, tweet, or call your U.S. Senator and tell them the ERA is Over – VOTE NO on extending the deadline.

Concerned Women for America Statement on Executive Order:
President Biden’s Executive Order on Preventing and Combating Discrimination on the Basis of Gender Identity or Sexual Orientation articulates a policy and directs action for redefining sex as gender identity in sex discrimination laws across all agencies of the federal government. President Biden specifically promotes this policy in relation to children in restrooms, locker rooms, and sports. He asserts that under Bostock reasoning, laws that prohibit sex discrimination, including Title IX a landmark women’s rights law, should re-interpret sex on the basis of perceived gender identity. This means sex discrimination will no longer be based on biological sex, male and female. President Biden fully intends to allow “gender identity” perception to neuter biological sex distinction.  In effect, Biden’s policy erases the foundational civil rights protections of men and women based on biological reality.  The Executive Order mandates at the federal level a radical gender ideology on our society similar to what the so-called “Equality Act” seeks to impose. 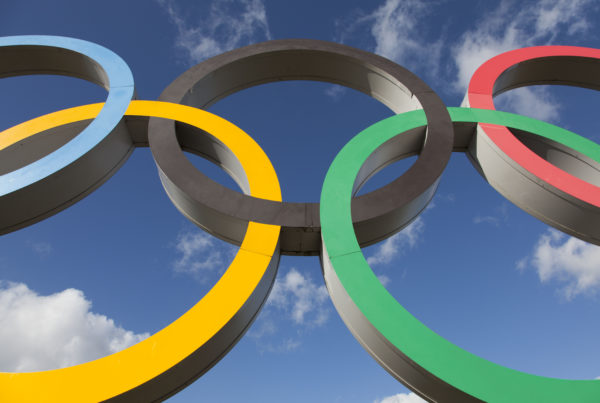 By Morgan Schlesselman, CWA Government Relations Intern For the first time, a transgender athlete will compete in the Olympics. Laurel Hubbard, a biological male from New Zealand, will compete in… 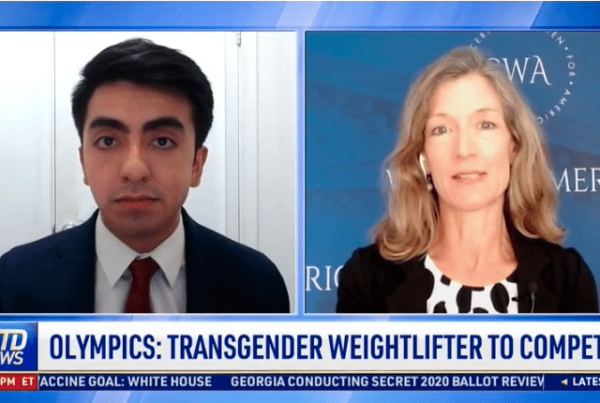 For the first time ever, a transgender athlete has qualified for an Olympic team. Laurel Hubbard of New Zealand was selected for their national team on Monday and will compete… 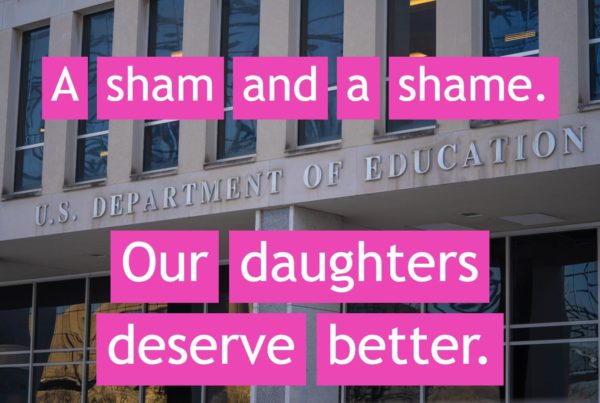 Press Release:  Education Department Throws the Civil Rights of Women Under the Bus

FOR IMMEDIATE RELEASE June 17, 2021 Contact: Jacklyn Washington 202-748-3501, jwashington@cwfa.org  Education Department Redefines Sex to Throw the Civil Rights of Women Under the Bus A sham and a shame…. 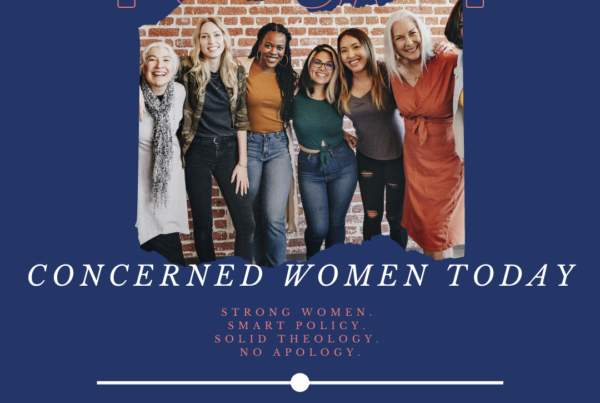 The Equality Act: Our Cultural Crisis

This radical woke era is one in which Sleeping Beauty might not want to wake. If she did, she’d be surprised to learn that even Prince Charming could be a… 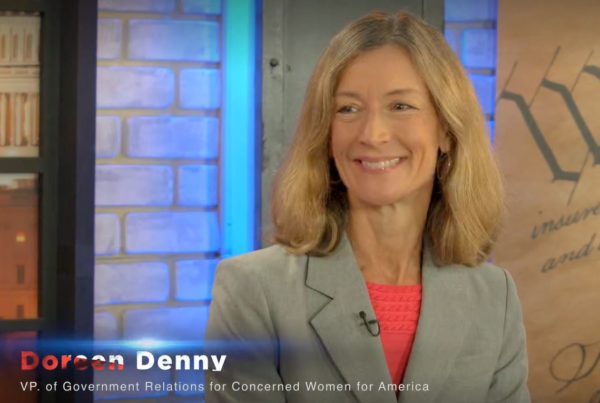 Transgenderism vs. Transformation: CWA in the Fight-Episode 1

Radical gender ideology has a chokehold on the very institutions that are meant to protect, educate, and uplift our children. Now more than ever, it is critical that parents are… 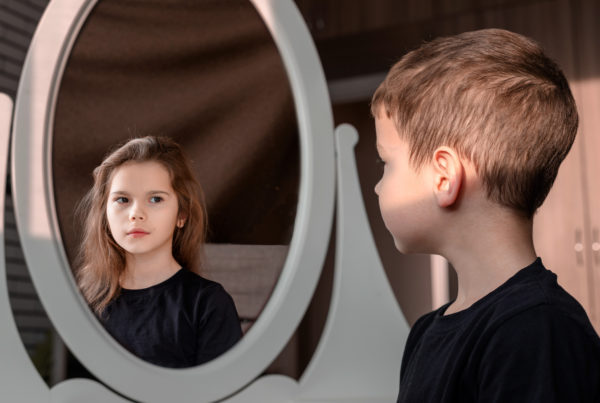 Wanted: Governors of Courage to Stand Against Radical Gender Ideology

By Doreen Denny, Vice President of Government Relations In the past two weeks, we have seen significant progress in the fight against radical gender ideology in the states. Importantly, many… 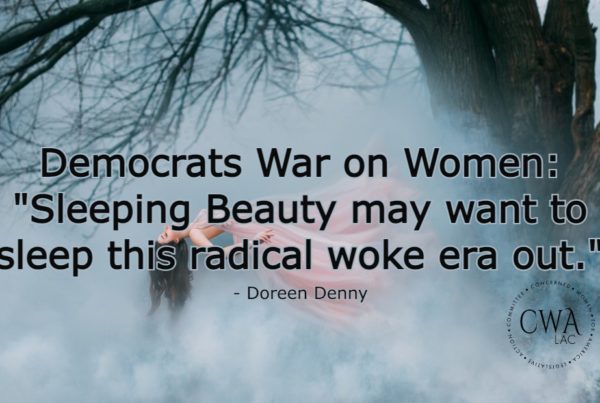 Happily never after: Democrats push a modern-day war on women

Washington Examiner Op-ed by Doreen Denny, Vice President of Government Relations If Sleeping Beauty awakened today, she may be shocked to learn that being a woman no longer means being… 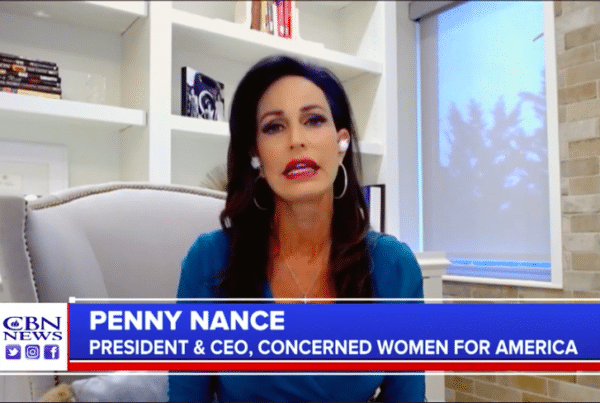 Penny on CBN: This Should Be Called the INequality Act

Penny Nance, CEO and President of Concerned Women for America discussed the Equality Act on Faith Nation. Penny had this to say about the Equality Act: “It diminishes the rights of people…

Doreen Denny discusses the Equality Act on The Ingraham Angle.