Concerned Women for America’s CEO and President Penny Nance recently experienced first-hand liberal intolerance and leftist propaganda when she took her youngest child to freshman orientation at college. After her shocking experience at Virginia Tech, she sat down and wrote a heart-felt op-ed outlining what occurred. We are learning this is happening to many other parents as they drop off their kids around the country.

Penny describes a program dominated by gender fluidity and special speech codes that compelled the students to select their personal pronouns from a list of about 60 such as xi, xem, vi, and per. At orientation, the young adults were given badges with their names and pronouns printed to wear around their necks for display.

Send Your Stories About Progressive Propaganda and Liberal Indoctrination on College Campuses to UniversityWhistleblower@cwfa.org 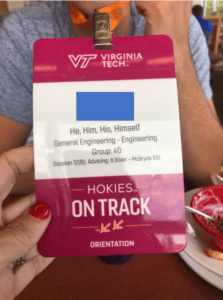 Our CEO and President Penny Nance wrote an op-ed featured this week in The Federalist.

“Are taxpayers funding academic institutions to indoctrinate our kids? That disturbing and irresistible question plagued me during the long drive home last week from college orientation. I doubt I am alone in this wake-up call.

Like many other women, I just sent my youngest child to college. I am so proud of him and his decision to join the Army ROTC and study engineering. He will be attending a revered Virginia institution known for its military Corps of Cadets program.” – Read Penny’s Entire Op-Ed. 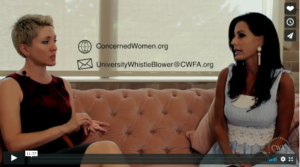 Can VT Thrive If It Alienates Half the Population?

James Bacon: “But Nance won’t slip quietly into the night. “Why,” she asks, “should taxpayers foot the bill for liberal indoctrination? … Virginians deserve better. We do not bow to the ascendancy of the liberal, ivory-towered academic’s worldview over ours.”

She has called upon parents, donors and alumni to make their voices heard. Use the power of the purse — state support for higher-ed — to push back. “Contact your state legislators and demand legislation prohibiting the forced use of speech codes.”

I have long warned of a conservative backlash against public higher-ed in Virginia. Now it has begun. Virginia Tech and other universities are critical institutions for building innovation ecosystems and preparing the next generation of Virginians to thrive in a globally competitive, knowledge-driven economy. But in their hubris they are over-reaching. They cannot possibly do well when half the population sees them as the enemy.” 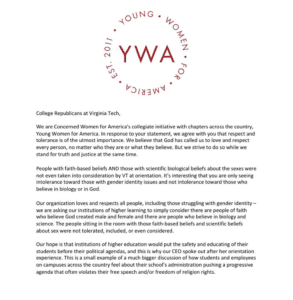 YWA is CWA’s collegiate initiative with chapters all across the country. YWA is this generation of Christian, conservative women fighting to protect and promote Biblical values and conservative principles on campuses and in the community. These young women on college campuses around the country educate themselves on current issues, they gather to pray for our country, and they act to influence society.

Preferred Pronouns and More: What a Mom Saw at Her Son’s College Orientation

Penny Nance, our CEO and President, sat down with Kat Trinko and Daniel Davis of The Daily Signal to discuss her experience with liberal intolerance on college campuses.

Listen to and see the Entire Interview. 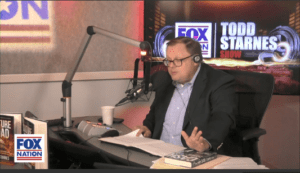 CWA’s CEO and President, Penny Nance, was featured on Fox News Radio today on The Todd Starnes Show over the backlash she received after writing about political correctness on campuses after her recent article in The Federalist titled My Son’s Freshman Orientation At Virginia Tech Was Full Of Leftist Propaganda

Watch the Entire Clip Here of Penny and Todd’s Discussion

Our CEO and President, Penny Nance, discusses the liberal indoctrination of our children on college campuses paid for by our tax dollars. Penny recently talked with Issues, Etc. host Pastor Todd Wilken about her personal experience at Virginia Tech’s freshman orientation described in her article: My Son’s Freshman Orientation At Virginia Tech Was Full Of Leftist Propaganda.

Penny Nance, CWA’s CEO and President, continues her effort to share how liberal our tax-payer funded college campuses have become during an interview with FRC’s Washington Watch with Tony Perkins.

Our CEO and President Penny Nance shared the story about her son’s college freshman orientation at Virginia Tech with Wendy Griffith and Charlene Aaron of CBN’s Prayer Link.

They discussed what we can do to speak out about liberal indoctrination on our college campuses. See the Entire Prayer Link Interview Here

Penny Nance Discusses Campus Insanity with Mornings On The Mall

Our CEO and President Penny Nance spoke with Mary Walter and Vince Coglianese of WMAL‘s Mornings On The Mall describing her experience with Freshman orientation at Virginia Tech and the op-ed she wrote for The Federalist: My Son’s Freshman Orientation At Virginia Tech Was Full Of Leftist Propaganda. 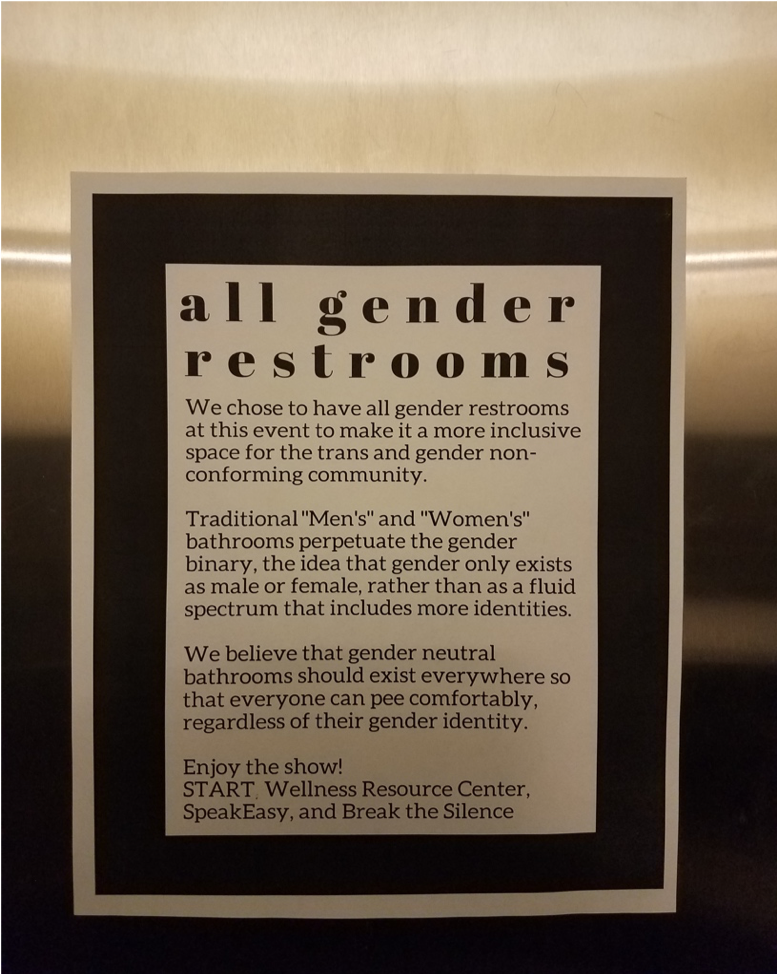 Here are some anonymous emails that you sent in about personal experiences on college campuses with liberal indoctrination and leftist propaganda: 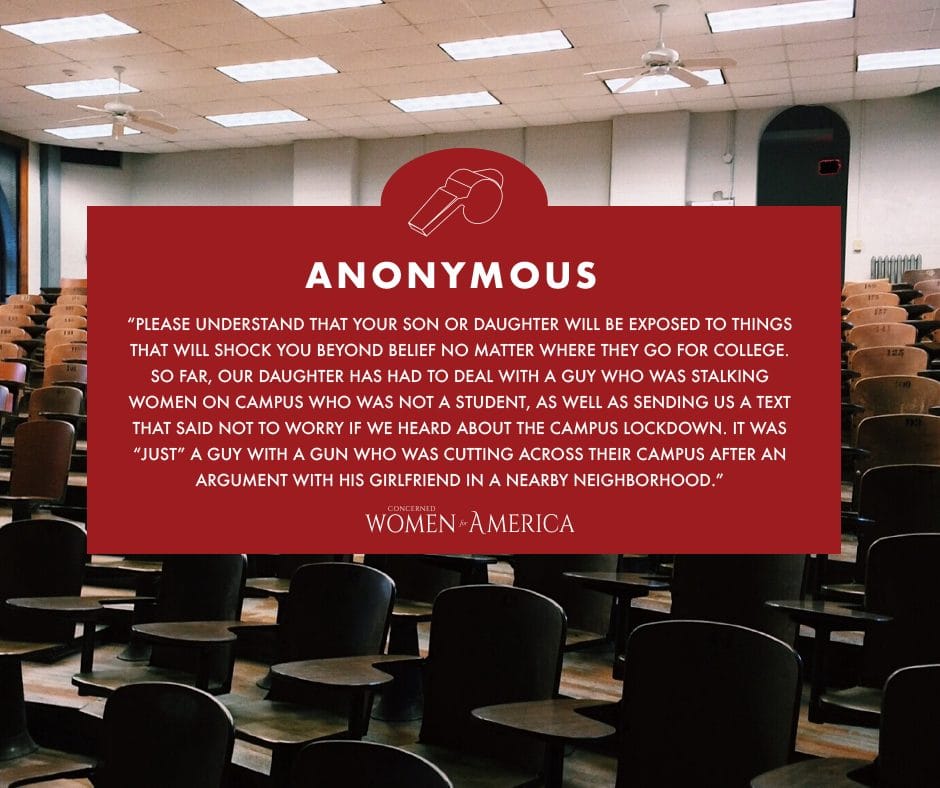 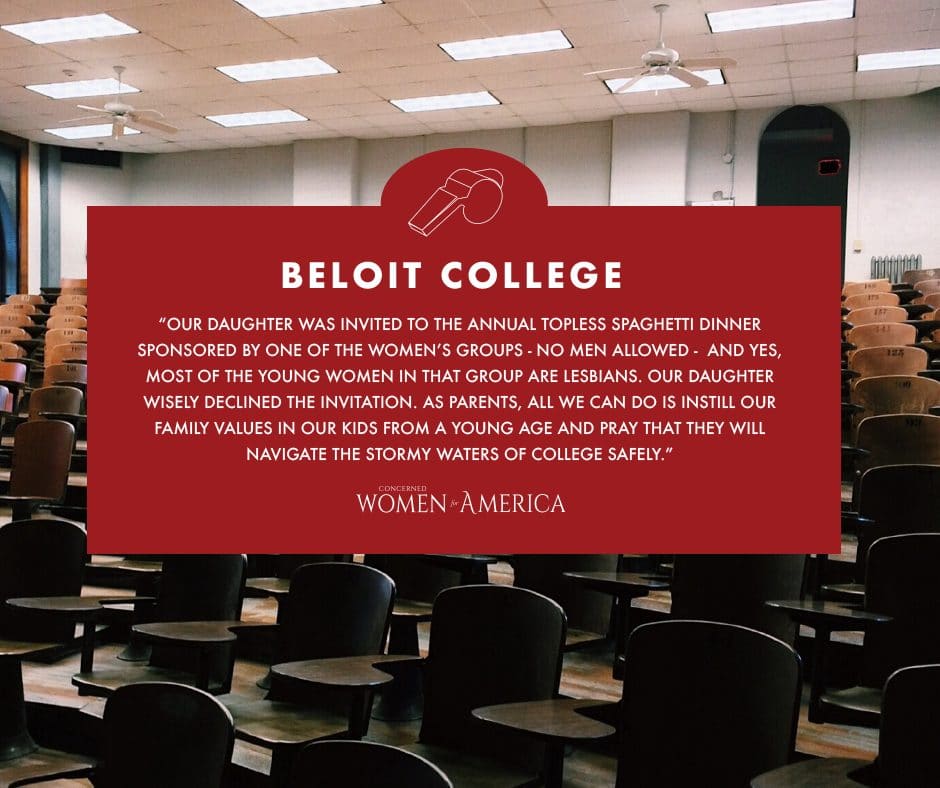 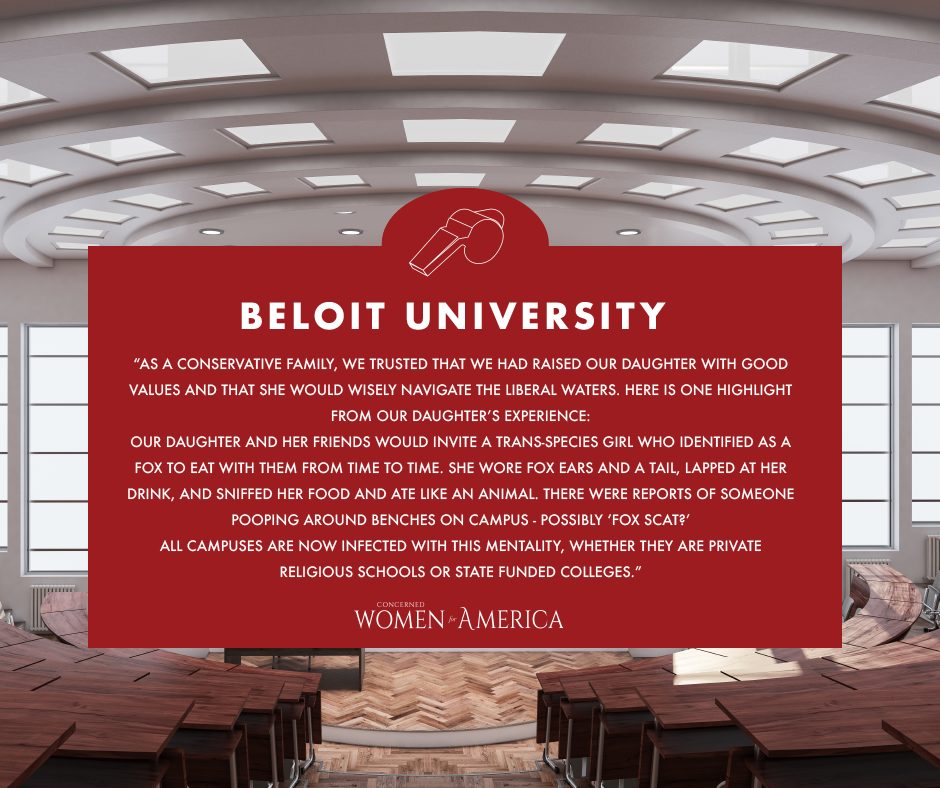 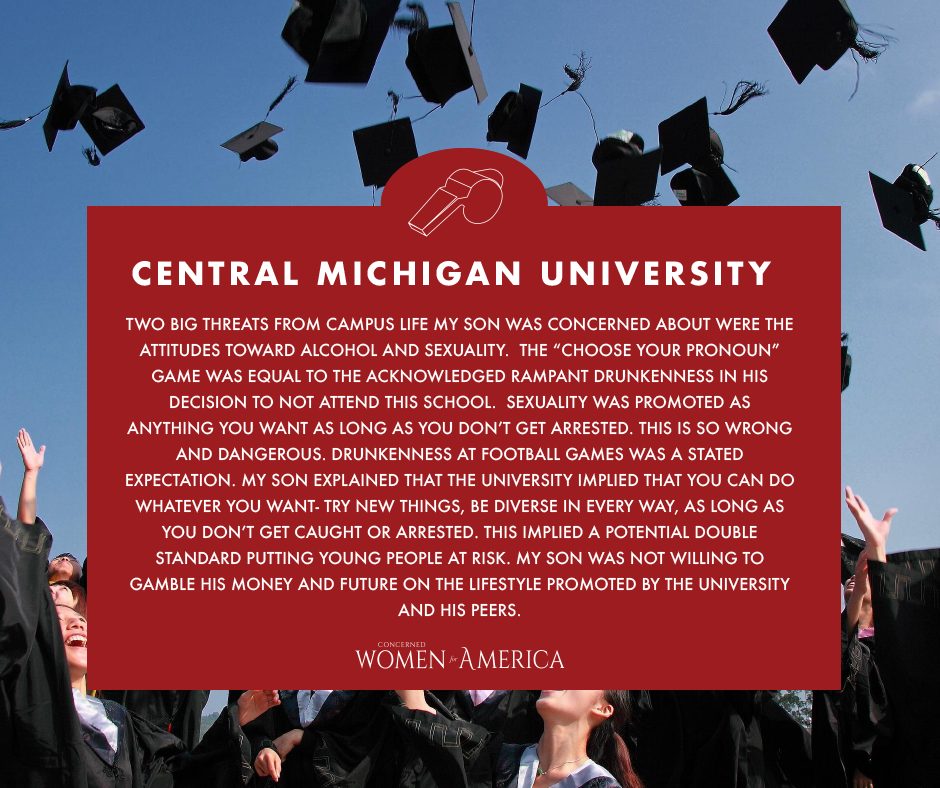 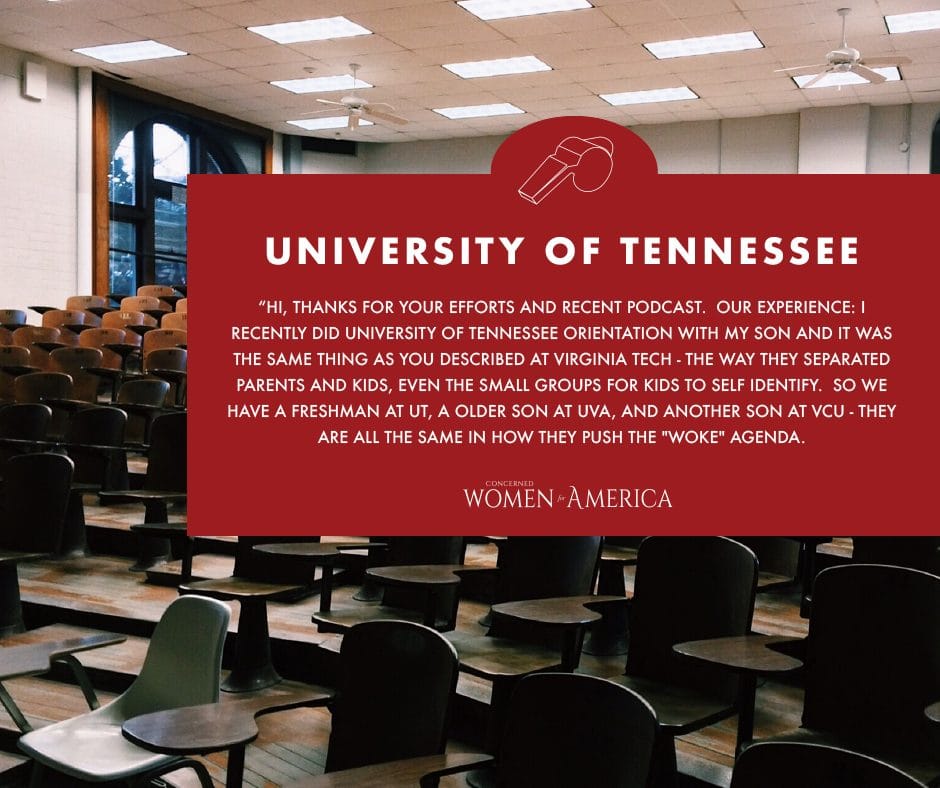 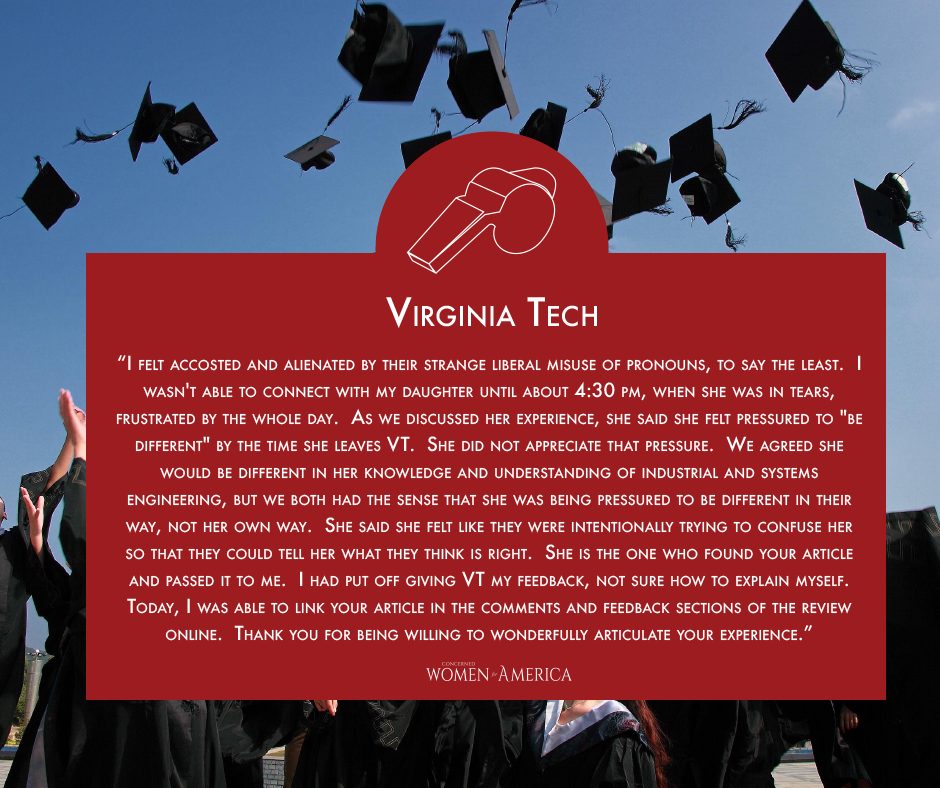