By CWFA Staff | News and Events | No Comments

Penny Nance, CEO & President of Concerned Women for America (CWA), was recently featured on Dr. James Dobson’s popular radio talk show, “Family Talk.” Dr. Dobson has been a close friend of CWA and a champion of the Biblical principles we stand for. Penny was featured in a two-part broadcast discussing her new book “Feisty and Feminine: A Rallying Cry for Conservative Women.” 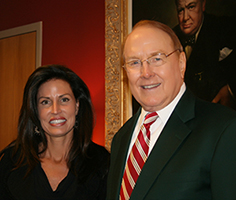 And be sure to click here to get your copy of Feisty and Feminine today! 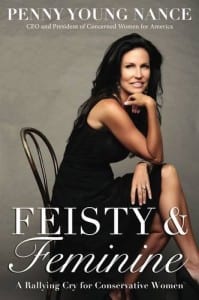 By CWFA Staff | Planned Parenthood, Sanctity of Life | No Comments
1

By CWFA Staff | Planned Parenthood, Sanctity of Life | No Comments
1

War is not a Social Experiment – Do Not Draft Our Daughters

By CWFA Staff | Defense of Family, News and Events, Press Releases | No Comments Washington, D.C. – Tuesday, the Senate will vote on the National Defense Authorization Act, which currently includes a provision to expand the Military Selective Service requirements to female citizens aged 18-26. Senator Mike Lee (R-Utah) has offered an amendment, which would strike the provision which forces our young women to register with the Selective Service. Concerned Women for America Legislative Action Committee supports the senator’s wise provision, which puts America’s national security first. Concerned Women for America CEO and President Penny Nance had this to say:

“We have gone from debating whether or not women should serve in combat to some advocating that they should be forced to serve in combat. Leadership should know better than to disregard basic biology in order to embrace political correctness.

“Our military’s sole purpose is to protect our nation, not to serve as this administration’s laboratory for social engineering.

“We firmly believe in the equality of men and women, but that does not require us to ignore the physical differences and unique risks to women in combat particularly in the case of capture. The female draft discussion should revolve around combat readiness, efficiency, and national security, and weeding through applicants that are overwhelmingly biologically unable to meet combat standards would be a logistical nightmare and would force the lowering of combat standards.

“We strongly support the heroic, capable, and honorable women who chose and will choose to serve our country in the military. However, this issue centers around whether or not women are to be forced to register to serve in tip-of-spear combat roles should our nation reinstate the draft. Forcing women to serve in combat against their will is a deep departure in U.S. policy. Uncle Sam needs to keep his hands off of our daughters.”

Click here to read a longer version of this statement.

By CWFA Staff | Legal, News and Events | No Comments

Dante encountered them past the gate with that hideous call to, “leave all hope, ye that enter.” And we have become them. We, who once declared “In God We Trust” as our national motto, now trust in God no more. END_OF_DOCUMENT_TOKEN_TO_BE_REPLACED

“The only thing necessary for evil to triumph is for good men [women] to do nothing.”  –Edmund Burke

THIS IS NOT THE TIME FOR APATHY!

The Sioux Falls City Council and Mayor Huether must hear from you!  You can be sure that they are getting e-mails and phone calls from those who want open and gender-neutral restrooms, locker rooms, fitting rooms, etc.  Do you want your daughter changing her swimsuit at the city pool in the presence of a male predator?  If at any time it is necessary to pray and act, it is now!

I spoke with a city council member from another South Dakota city who told me that this issue is coming to his city, too.  We must stop this now in Sioux Falls!  The federal government is threatening cities by claiming they will withhold federal dollars.  (We have been told this is un-Constitutional!)  It is time to stand up to the bullying of the federal government.

Please read the information below that I sent out last week.  Pass it on to your family, friends and acquaintances who live in the Sioux Falls area.

NOW IS NOT THE TIME FOR APATHY!

The SOGI (Sexual Orientation & Gender Identity) ordinance continues to be a dangerous ploy upon the safety and privacy of citizens of Sioux Falls and those who frequent the city.  Make no mistake, a policy adopted in Sioux Falls will not stop there–it will spread to your city and to the entire state.  The camel got his nose under the tent with the city-wide vote on April 12.  Now we must do damage control and stomp on that camel’s nose.

On April 12, the voters of Sioux Falls approved a Human Relations Ordinance (HRO) that included sexual orientation for city employers and their employees.

The strong city-wide vote (76%) in favor of the HRO emboldened the city’s Human Relations Committee and the city attorney to add amendments #39 and #98 to the HRO.

Amendment #39 adds “gender identity” to the HRO for city employers and their employees.  Amendment #98 goes even further by adding “gender identity,” which would apply to the entire city–private businesses, landlords, churches, etc.

Due to the objections from Liberty Counsel, citizens, and family organizations, Amendment #98 was withdrawn for the present by the city attorney in order to tweak it and bring it back at a later date.

§ 39.042 DISCRIMINATION. No person in the civil service or seeking admission thereto shall be appointed, reduced or removed, or in any way favored or discriminated against because of his or her race, color, religion, sex, sexual orientation, gender identity, national origin, creed, ancestry, pregnancy, age, genetic information or disability.

We MUST oppose Amendment #39!

If you live, shop, worship, do business or visit in Sioux Falls, you have a voice on this issue.  Please contact the following council members and Mayor Huether, urging them to OPPOSE HRO Amendment Ch#39.  Be brief, respectful, and factual in your message.

Go to our website for more information on Amendment #39 provided by Liberty Counsel.  You may use talking points from the Liberty Counsel letter and also from “My Voice” column mentioned below in your message to the Mayor and Council members.

Mayor Mike Huether http://www.siouxfalls.org/contactus/mayor  (use the drop down menu for “mayor.”)

By CWFA Staff | News and Events | No Comments

The Target boycott is being effective, but the key is to sustain our efforts for a prolonged period. Please prayerfully consider joining the effort to try to change our cultures disregard of women and children’s safety for the sake of political correctness. END_OF_DOCUMENT_TOKEN_TO_BE_REPLACED