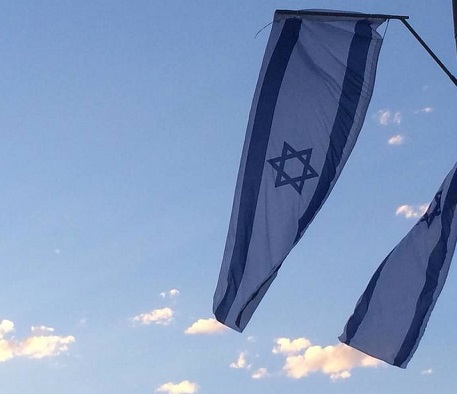 Whenever the question arises about why Christians–specifically, Evangelicals–support Israel so staunchly, some point to a surface-level and one-dimensional answer: preparation for Armageddon. Armageddon is the end-times battle mentioned in Revelation 16:16 where earthly kings under demonic leadership will wage a great war against God’s forces in Megiddo, Israel. During this time, Jesus Christ will come again to save millions of Jews from dying, and the nation of Israel will accept Jesus as their Savior, which would begin a thousand-year reign of peace.

The first step towards this second coming of Jesus was the rebirth of the Jewish state in 1948–a prophecy predicted in Ezekiel 20:33-38 and Ezekiel 22:17-22. Now whenever Israel gains more political traction, from acquiring new boundaries and territory to the U.S. recognizing Jerusalem as the capital of Israel, end-times are getting closer and closer. The argument is that Evangelicals lobby for Israel’s interests to accelerate the second coming of Jesus so that all Israelites will convert to Christianity and live in their promised land in peace.

While this answer is fascinating (and was what I was taught when I took a class about the Israel-Palestine conflict), not all Christian Zionists share this view. Theological reasons to support the Jewish nation run much more deeply than these apocalyptic New Testament prophecies.

They go back to the beginning of Judaism in Genesis with the Abrahamic covenant. After the fall of man, God established a covenant with Abraham to redeem the fallen world. He told Abraham that He would bring forth a great nation that would bless the rest of the world and show that only one God exists. He would bless anyone who blesses this nation and curse anyone who curses this nation (Genesis 12:1-3). This nation became the nation of Israel. So, to stand against Israel is to be cursed by God.

Interestingly, world history shows that any nation that stood against and oppressed the Jewish people faded into the background of history. For instance, where is the great power that Egypt once was? Where are the Assyrians? The Babylonians? How about the Romans? Hitler’s Third Reich? They’ve all disappeared into history. Yet, despite centuries of dispersion, oppression, and genocide, the Jews–along with Israel–continue to exist!

When God issued the Abrahamic covenant for the third time to Abraham, God also acted as a real estate agent, promising the whole land of Canaan (roughly where modern Israel is today) to the Jewish people in Genesis 17:7-8. In this passage, God twice called this covenant “an everlasting possession.” Because of this promise, the Jews are the only nation with a God-given right to a piece of land. They don’t occupy the land of Israel, as many who oppose the Jewish nation claim; they own the land yesterday, today, tomorrow, and forever.

Throughout history, Jews have struggled to remain in their homeland. Yet, God’s promise to Abraham is an unconditional covenant, meaning that there is a fixed outcome that will supersede any circumstance. His promise to the Jewish people still stands; He can’t lie or go back on His promise, as Hebrews 6:17 and Numbers 23:19 state.

God loves the people of Israel, and as Christians, we must pray for them and seek their good. Israel and Jewish people face active physical, ideological, and financial threats; this is as true today as it has been throughout history. Hamas, Hezbollah, and Iran currently seek to annihilate the Jewish state. The Boycott, Sanctions, and Divestment (BDS) movement, and the plethora of misinformation surrounding the Jewish nation in the media, also seek to kill and destroy the state of Israel. Israel needs our support.

As Psalm 122:6-9 says: “Pray for the peace of Jerusalem! ‘May they be secure who love you! Peace be within your walls and security within your towers!’ For my brothers and companions’ sake I will say, ‘Peace be within you!’ For the sake of the house of the Lord our God, I will seek your good.”