A Message from CWA CEO and President Penny Nance

“Yet who knows whether you have come to the kingdom for such a time as this?” – Esther 4:14b 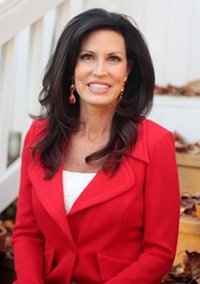 Just as Esther, thousands of years ago, was given the opportunity to be used in God’s awesome plan of rescue, so too are we each given the opportunity today to be used by Almighty God. The question wasn’t whether or not God was going to move mightily; it was whether or not Esther was going to choose to be part of it and receive a part of the blessing. Esther’s job was to speak the truth with boldness. With prayer as her foundation, she took action and won the battle against those who were hurting her people.That is exactly what we must do to win the battle in America today. We are fighting against social issues and public policies that are not only redefining what America stands for but throwing out its foundation — the Word of God.Being involved with Young Women for America (YWA) will give you the opportunity to learn about public policy and social issues and activate your student body to get educated, involved, and praying for this great nation.We have all been called for such a time as this. Prayerfully consider joining YWA for prayer and action in bringing Biblical principles and conservative values back to our great nation.