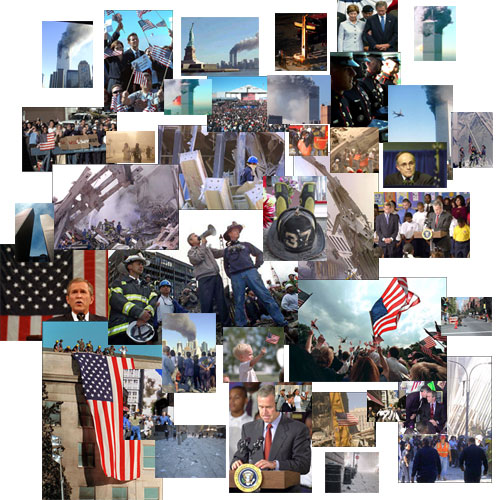 As we pause to remember the events of September 11, 2001, and the lives lost, it is comforting to hear the stories of faith and triumph that put those events into God’s larger plan. Here we bring you a couple of stories of hope, perseverance and victory that have unfolded since the day of the attack.

Pictured above, the National September 11 Memorial honors the 2,983 men, women and children who perished in the terrorist attacks of September 11, 2001. The 9/11 Memorial opened on the 10th anniversary of the attacks. It consists of the Freedom Tower, the 9/11 Memorial museum and two reflection pools set in the footprints of the original Twin Towers. The 9/11 Memorial’s mission is to commemorate the lives lost, recognizes the thousands who survived, allow visitors to come together again in the spirit of unity that emerged in the wake of 9/11 and, above all, recognize America’s commitment to preserve freedom and liberty.

Beauty Beyond the Ashes

Cheryl McGuinness suffered unbearable loss on September 11, 2001. Her high school sweetheart and husband Tom was the co-pilot of American Airlines Flight 11 the first plane to strike the twin towers. Suddenly, she was without the strong, gentle and faithful man who led her family and her two teenage children had lost their father. Today, Cheryl is reaching out in ministry to women everywhere who have suffered crippling losses through her ministry www.beautybeyondtheashes.com. She also has published a book by the same name, through Howard Publishing Co. Cheryl dropped by our studios and spoke with Martha Kleder. Click here to listen.

Cheryl is available for speaking engagements, and also for one-on-one ministry though her website.

“It’s OK to Cry” by Meg Bragg is published by Xlibris, a subsidiary of Random House. Proceeds from sale of the book go to a fund for the Yates family.

Through the Fire into Ministry