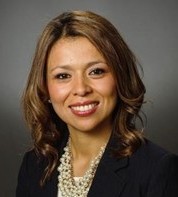 Neydy Casillas, Esq. has recently joined the staff of CWA as Vice President of International Affairs.  Previously, Neydy served as a Senior Legal Counsel at ADF International and spearheaded advocacy efforts with the United Nations in New York, where she defended the sanctity of life, marriage, and family. In 2013 she moved to Washington, D.C. to lead advocacy efforts for these issues at the Organization of the American States, the Inter-American Court, and the Commission on Human Rights.  She also has extended her efforts in Latin America through her intervention as legal counsel in several cases where life and family have been challenged.

Casillas’ expertise is in protecting life and family through challenging the misuse of international law that seeks to undermine sovereignty, national constitutions, and domestic legislation protections. Specializing in international human rights and international law, Casillas has been involved in several cases around Latin America and has authored submissions to the Inter-American Court of Human Rights (IACHR). She has testified before the IACHR during some of its hearings.

Before working at ADF International, Casillas directed the international efforts of the World Development Coalition and engaged in public policy advocacy at the United Nations in New York. From 2004-2008, she was legal counsel for the Counsel in State Congress in Jalisco and legal adviser for the Woman National Institute (Instituto Nacional de las Mujeres) in Mexico City.

A native Spanish speaker, Casillas is a sought-after speaker on social issues and international law, appearing on television programs throughout Latin America. She has also authored articles in prestigious publications such as Argentina’s El Derecho.

Casillas earned her law degree in 2002 from the Panamerican University of Guadalajara, Mexico, where she served as an adjunct professor teaching natural law. She currently resides in Washington, D.C.