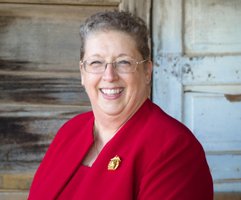 Kenda Bartlett is currently CWA’s Chief Administrative Officer. She previously served as Executive Director for the organization since February of 2012.  Kenda has been on staff at CWA for over 25 years. She oversees the Vice President of Field Operations and held the position of National Field Director herself since 2007. In that role, she oversaw the work that CWA leaders were doing across this country, building state and area organizations and training new directors to make an impact for righteousness in their state.

Kenda has spent a total of 37 years as a CWA activist. Kenda has an undergraduate degree from Sam Houston State University and a Masters of Education from Nicholls State University in Thibodaux, Louisiana. Kenda has worked as a public school teacher and a Christian school administrator. Kenda has served as a City Councilman in Post, Texas, and is currently a member of the Board of Directors of the Ethics and Religious Liberty Commission of the Southern Baptist Convention.

She and her husband of 50 years, Terry, have two grown daughters, a “son-in-love,” two wonderful grandsons and a sweet granddaughter. Terry, who is retired from the U.S. Army, is currently working for the Department of Justice, doing international training in the area of prisons and jails.