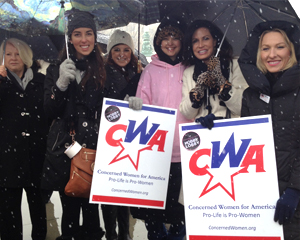 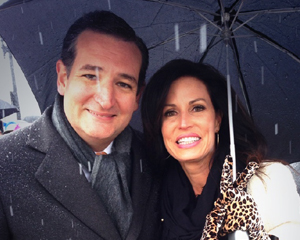 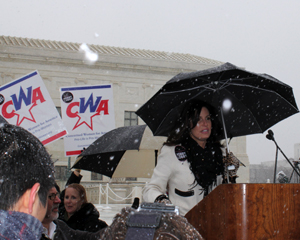 These are the days we live for! Several hundred pro-lifers gathered on the sidewalk in front of the Supreme Court today while oral arguments on the Hobby Lobby and Conestoga Wood religious liberty cases were being heard. Snow fell and the wind blew, but that didn’t keep activists from standing up for the religious beliefs of all Americans.

These cases challenge the Obama Administration’s “contraceptive” mandate, requiring Christian businesses to violate their convictions and provide abortifacients to their employees.  This fight was not about “access to contraceptives.”  The Green family, owners of Hobby Lobby, only objects to 4 out of the 16 contraceptive drugs/devices mandated, and the government has conceded that these four methods may indeed prevent the implantation of a fertilized egg. This is a clear problem for those who believe that life begins at conception.

Read our press release here that was sent to national media today on this religious freedom rally.

Click here for some talking points that we have produced to help you express the issues involved in this case.

Read Mario Diaz, Esq.’s review here from the rally and what happened inside the courtroom.

Check out the amicus brief here that CWA submitted to the Supreme Court in support of Hobby Lobby, Conestoga Wood, and religious freedom.

Read the op-ed here that was written by Penny Nance, Marjorie Dannenfelser, the president of the Susan B. Anthony List, and Donna Oberlander, a state legislator representing Pennsylvania’s 63rd legislative district (home of Conestoga Wood Specialties) that was published in The Hill about this religious liberty case.

I spoke on your behalf at a press conference alongside other like-minded organizations that came together to fight against this government overreach. Watch the video below.